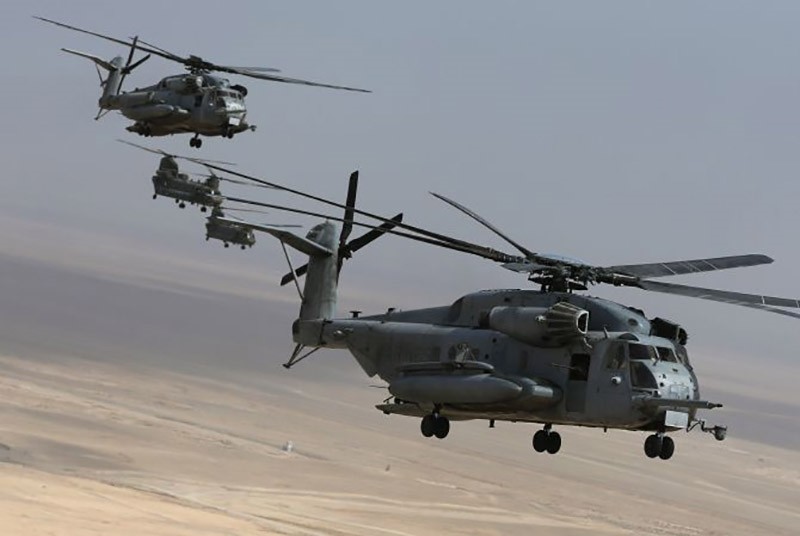 A window from a U.S. military helicopter fell onto a school sports ground in southern Japan Wednesday, the marines said, apologizing for a "regrettable" incident likely to fuel opposition to their presence.

The U.S. military said it was taking the incident "extremely seriously" and was opening an investigation.

"This is a regrettable incident and we apologize for any anxiety it has caused the community," the military added in a statement, urging local residents to stay clear from where the object landed "for safety purposes".

A 10-year-old boy suffered a minor injury but the exact cause was unclear, an Okinawa prefecture official told Reuters. The boy was among about 50 children on the elementary school grounds when the window fell from a U.S. CH-53E transport helicopter.

The incident comes just two months after an American military chopper burst into flames after landing in an empty field in Okinawa.

Such accidents have sparked opposition to the U.S. bases on the strategic island, which would be a launchpad for any American military activity in Asia.

"This kind of incident causes worries among not only people at the school but all the people in Okinawa and should never happen," said chief Japanese government spokesman Yoshihide Suga.

Suga told a regular news conference that the government would respond appropriately after getting an explanation from U.S. officials.

The Futenma base is surrounded by schools, hospitals and shops, and residents worry about air crashes. Crime committed by U.S. servicemen has also occasionally angered residents.

Okinawa Governor Takeshi Onaga has led the campaign to get the base off the island, while the central government has proposed moving it to a less populated part of the island called Henoko.