6,700 Rohingya killed in Myanmar in one month, aid group says 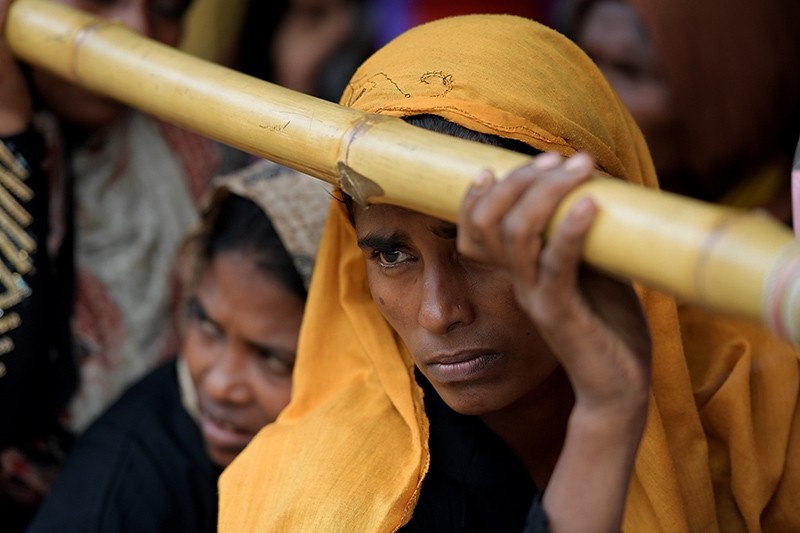 According to Doctors Without Borders, at the very minimum, 6,700 Rohingya Muslims have been killed between August and September in a crackdown by Myanmar's security forces, which, on the other hand, has put the official death toll at merely 400

International aid group Doctors Without Borders says its field survey has found at least 6,700 Rohingya Muslims were killed between August and September in a crackdown by Myanmar's security forces.

The group, known by its French acronym MSF, says the survey it conducted in refugee camps in Bangladesh estimated that at least 9,000 Rohingya died in Myanmar's Rakhine state between Aug. 25 and Sept. 24. About 630,000 Rohingya have fled Myanmar into Bangladesh to escape what the United Nations has called "ethnic cleansing."

MSF added that the dead included at least 730 children under the age of five.

The group's findings come from six surveys of more than 11,426 people in Rohingya refugee camps and cover the first month after the crisis erupted.

"We met and spoke with survivors of violence in Myanmar, who are now sheltering in overcrowded and unsanitary camps in Bangladesh," the group's medical director Sidney Wong said.

"What we uncovered was staggering, both in terms of the numbers of people who reported a family member died as a result of violence, and the horrific ways in which they said they were killed or severely injured."

Rohingya refugees have told consistent stories of security forces and ethnic Rakhine Buddhist mobs driving them out of their homes with bullets, rape and arson that reduced hundreds of villages to ash.

Gunshot wounds were the cause of death in 69 percent of the cases, according to the survey. Another nine percent were reported burned alive inside houses, while five percent died from fatal beatings. For children under five, nearly 60 percent died after being shot, the survey found.

The estimate of the number of deaths announced by the group compares to Myanmar's government figure of 400 in September as a result of alleged attacks on police posts by Rohingyas.

Since Aug. 25, an estimated 613,000 Rohingya have crossed from Myanmar's western state of Rakhine into Bangladesh, according to the U.N.

In a recent report, U.N. investigators said such violations may have constituted to crimes against humanity.