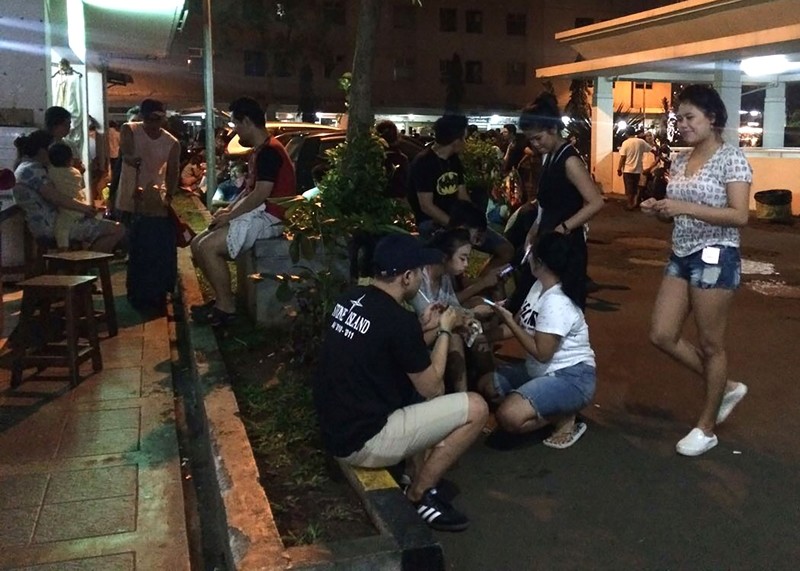 Residents gather outside their apartment blocks in Jakarta on early December 16, 2017, following after a strong earthquake measuring 6.5 on the Richter scale. (AFP Photo)
by Associated Press Dec 15, 2017 12:00 am

The magnitude 6.5 quake struck at 11:47 p.m. and was felt across the island, including about 200 kilometers (124 miles) away in the capital Jakarta, where office towers and apartment buildings swayed. Powerful tremors lasted as much as 30 seconds in places.

Panicking people ran out of buildings in many areas and roads were clogged with motorbikes, cars and trucks as people fled coastal areas in fear of a tsunami.

Ahmad Solihin, a food vendor in a coastal area of the Sukabumi region, said his village was jolted by a 20-second tremor that cracked walls in his home. He fled on his motorbike with his wife and two children after neighbors shouted that water was coming, he said.

"People suddenly started running so I joined them," said Solihin. More than 1,000 villagers in his area evacuated to higher ground and didn't return until Saturday morning after authorities convinced them it was safe, he said.

At least six people were injured in different locations on Java.

Authorities issued a tsunami warning for parts of Java's coastline after the quake struck just before midnight Friday. People ran out of buildings in panic in many areas and Indonesian television showed heavy traffic on roads as people left coastal areas. 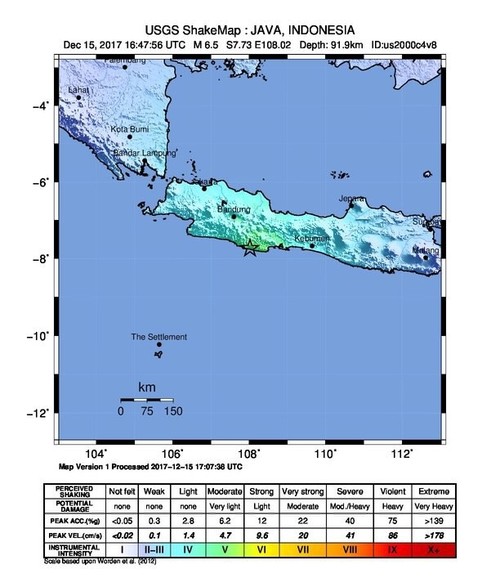 Nugroho said strong tremors were felt for about 20 seconds in the capital of Jakarta and in cities and villages.

Damage was heaviest in the Tasikmalaya, Pangandaran and Ciamis regions of West Java Province near the epicenter.

Indonesia's MetroTV said a general hospital in the central Java town of Banyumas was damaged and patients were evacuated.

The earthquake was about 91 kilometers (56 miles) deep and located just inland, the U.S. Geological Survey said. It triggered a tsunami warning for parts of Java's coastline that was lifted about two hours later. No significant waves were reported.

Indonesia sits on the "Pacific Ring of Fire" and has frequent earthquakes and volcanic eruptions.