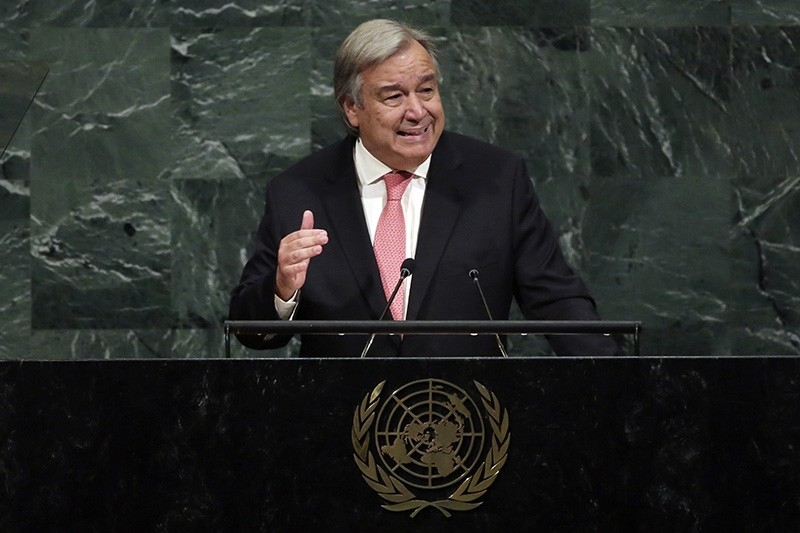 U.N. Secretary-General Antonio Guterres on Friday told the Security Council that diplomatic engagement with North Korea was needed to avoid "a level of danger" that could have catastrophic consequences.

"Diplomatic engagement is the only pathway to sustainable peace and denuclearization."

"We must do everything we can to reach that objective -- and avoid a level of danger that would be unpredictable in its trajectory and catastrophic in its consequences."

Tillerson set off speculation that Washington was seeking a diplomatic opening for negotiations with North Korea when he offered this week to hold talks "without preconditions."

The White House and State Department however stressed that the U.S. stance had not changed and insisted North Korea must first show a willingness to halt its nuclear and missile tests.

Guterres said the United Nations could play a role to promote contacts and confidence-building measures.

The U.N.'s political affairs chief, Jeffrey Feltman, returned over the weekend from talks in Pyongyang -- the first visit by a high-ranking U.N. official since 2011.

While Feltman received no firm commitment from North Korea to open talks, he has said the visit is "just the beginning" of his push for "talks about talks."

Over the past year, the council has slapped three rounds of sanctions aimed at choking off revenue to Pyongyang's military programs.

China, Pyongyang's sole ally, and Russia argue that sanctions alone will not push North Korea to change course and want to step up diplomatic efforts to achieve a solution.

Guterres described 2017 as a "difficult year" in dealings with North Korea.

Pyongyang carried out its sixth nuclear test in September and has conducted 20 missile launches including its first tests of two intercontinental ballistic missiles (ICBM).

Guterres called for re-establishing communication channels including military-to-military channels on the Korean peninsula to lower the risk of miscalculation.