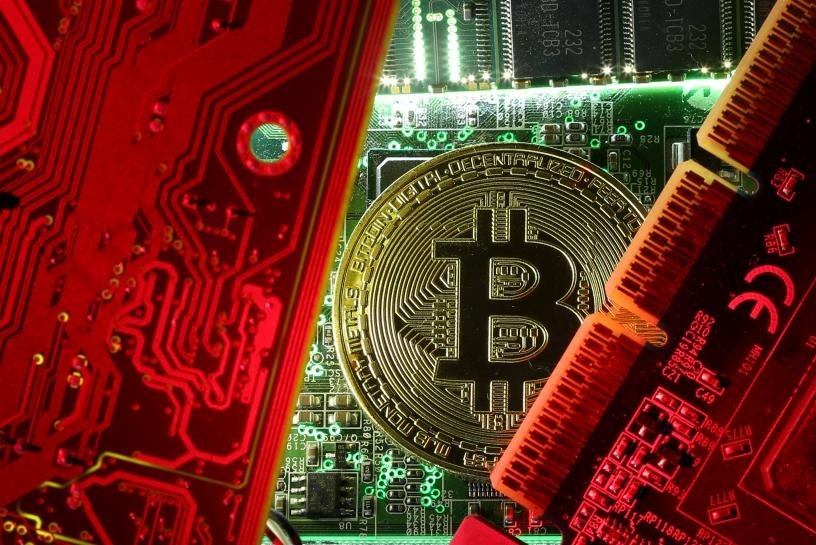 A coin representing the bitcoin cryptocurrency is seen on computer circuit boards in this illustration picture, October 26, 2017. (REUTERS Photo)
by Anadolu Agency Dec 16, 2017 12:00 am

Seoul's state intelligence agency has found evidence North Korea was behind the recent hacking of South Korean cryptocurrency exchanges, according to local media on Saturday.

The personal data of around 30,000 people was stolen from the South's leading exchange, Bithumb, in June, while September saw the theft of cryptocurrency from the Coinis exchange.

The connection centers on the same code used in the hacking of Sony in 2014 as the North protested the release of a movie depicting the assassination of the reclusive state's leader, Kim Jong-un.

Earlier this month, Bithumb became the first local exchange to be fined for failing to protect investors, but prosecutors are expected to expand their scope to the North.

Pyongyang is known to operate a sophisticated network of hackers and has been blamed for numerous attacks on South Korean state and private facilities.

Concerns have been spiraling for buyers of cryptocurrency given the absence of regulation in the South.

However, this week Seoul proposed measures to protect citizens by limiting local trades and clamping down on illegal activities.

An estimated 2 million people in South Korea own some form of cryptocurrency such as bitcoin or ethereum, both of which have been trading at a premium in the local currency, the Korean won, due to demand.

Cryptocurrency has also been seen as a way for North Korea to get around heavy economic sanctions aimed at forcing its denuclearization.