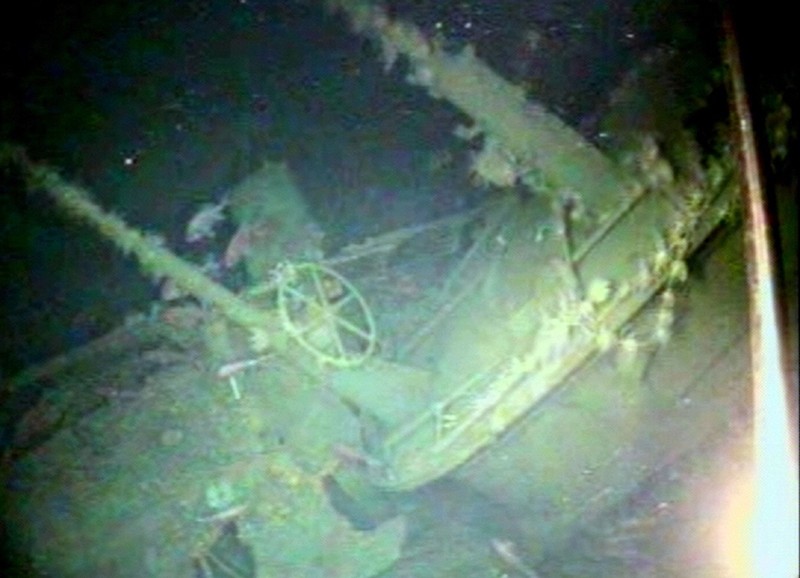 A handout photo received on December 21, 2017, from the Royal Australian Navy shows the wreckage of Australian submarine HMAS AE1 located in waters off the Duke of York Island group in Papua New Guinea (AFP Photo)
by Dec 21, 2017 12:00 am

Australia has discovered the wreck of its first submarine off the coast of Papua New Guinea, authorities said on Thursday, resolving one of the country's oldest naval mysteries after more than a century.

The submarine, AE-1, was the first Allied vessel to sink during World War One, while patrolling for German warships in 1914, in circumstances that have never been established.

The submarine's disappearance "was a tragedy for our then fledgling nation," Payne said, adding that a small commemorative service was held aboard the survey ship that found the wreck and authorities were trying to contact the crew's descendants.

"It is my hope that what we have done in the last couple of days will now provide relief to the family and descendants of all of those members," said navy chief Vice Admiral Timmy Barrett, adding that the crew had come from Australia, Britain and New Zealand.

The authorities did not disclose the wreck's location, except to say it was found off the Duke of York Islands. The governments of Australia and Papua New Guinea said they planned to preserve the site.