US, S. Korea agree to postpone military drills during Olympics to 'guarantee safety' 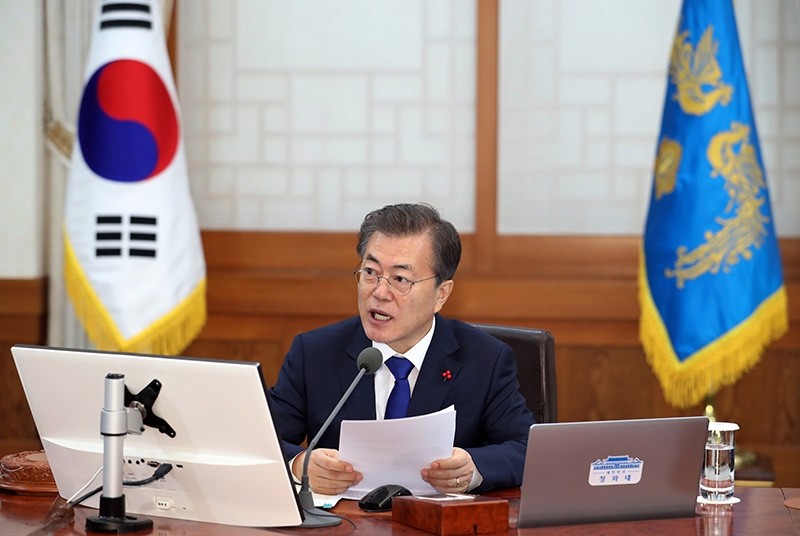 The United States and South Korea have agreed to delay joint military exercises until after the Winter Olympics next month, the government in Seoul announced Thursday, in an apparent move to de-escalate tensions with Pyongyang.

The move came just hours after U.S. President Donald Trump said that high-level talks set for next week between North and South Korea were "a good thing."

North Korea has rattled the international community in recent months with multiple missile launches and its sixth and most powerful nuclear test -- purportedly of a hydrogen bomb.

"The two leaders agreed that the U.S.-South Korea joint military exercises will not be carried out during the Olympics period, and the armed forces of the two countries should do their best to guarantee the safety of the Olympics," said a statement from the office of South Korean President Moon Jae-In.

Trump and Moon made the decision during a phone conversation Thursday, Seoul said.

The statement quoted Moon as telling Trump that delaying the exercises would help ensure the success of the Winter Olympics -- being hosted by the South next month in Pyeongchang -- "in case the North does not make any more provocations."

"The Department of Defense supports the president's decision and what is in the best interest of the ROK-U.S. Alliance," a Pentagon spokesman, Colonel Rob Manning, said, referring to South Korea by its official acronym.

The North-South talks set for next week -- which would be the first since 2015 -- are meant to focus on "matters of mutual interest," including the North's participation in the Winter Olympics.

North Korean leader Kim Jong-Un has shrugged off a raft of new sanctions and heightened rhetoric from Washington as his regime drives forward with its weapons programs, which it says are meant to defend against U.S. aggression.

But the new year has begun on a more positive note -- on Wednesday, the two Koreas restored a cross-border hotline that had been shut down since 2016.

The move came after Kim offered to send a team to the Winter Olympics, which will take place from Feb. 9-25 in Pyeongchang, a mountain resort just 80 kilometers (50 miles) south of the heavily fortified North-South border.