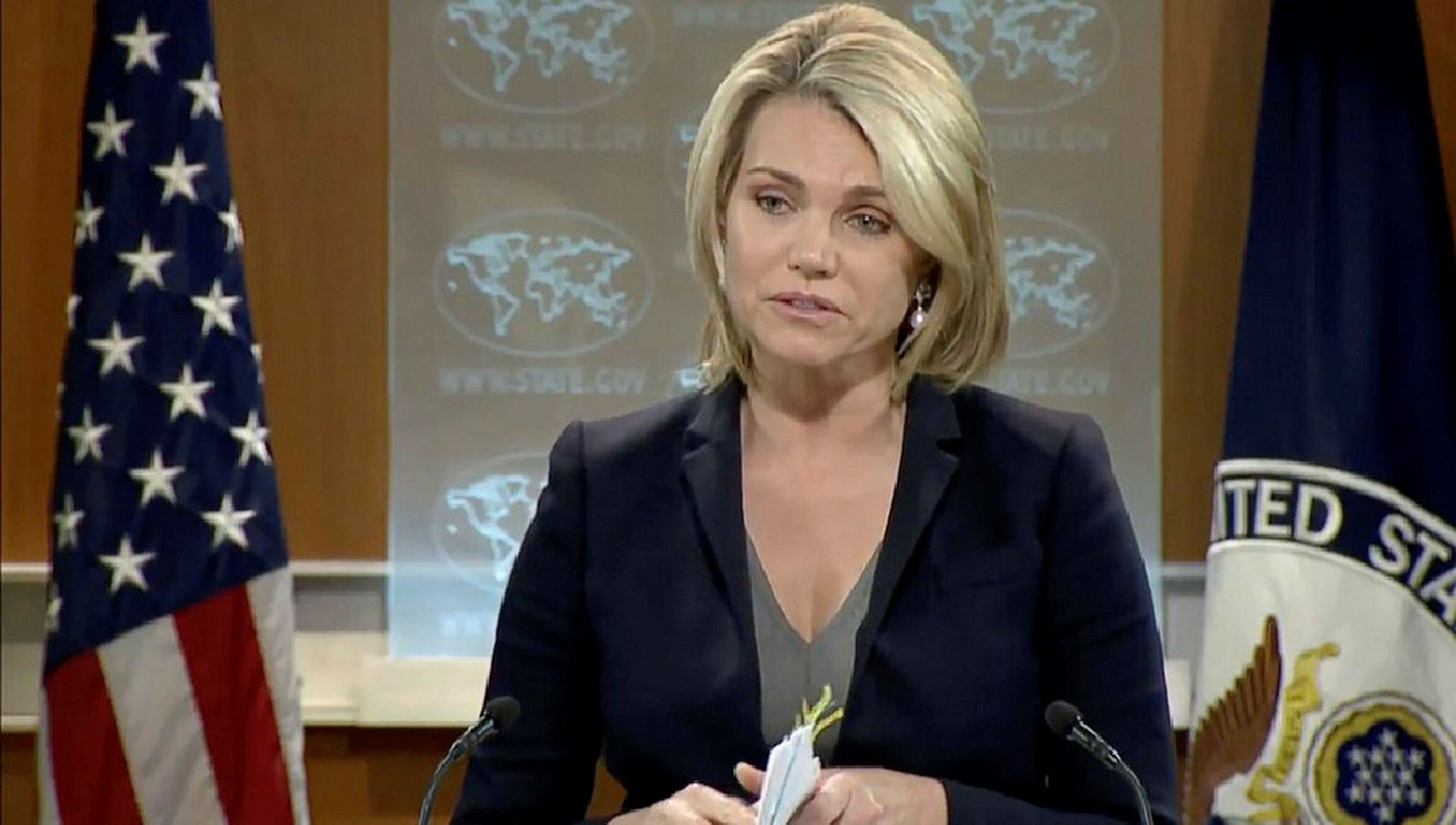 The U.S. State Department said on Thursday it was suspending security assistance to Pakistan until Islamabad takes action against the Afghan Taliban and the Haqqani network, which Washington believes is destabilizing the region.

State Department spokeswoman said the restrictions covered security assistance above and beyond the $255 million for Pakistani purchases of American military equipment that the administration held up in August.

"Today we can confirm that we are suspending ... security assistance only to Pakistan at this time until the Pakistani government takes decisive action against groups including the Afghan Taliban and the Haqqani network. We consider them to be destabilizing the region and also targeting U.S. personnel," she told a regular news briefing.

Nauert said details were still being worked out on the additional funds, and referred questions to the Defense Department. Earlier Thursday, Defense Secretary Jim Mattis said the policy on military aid was "still being formulated."

Nauert made clear the $255 million was still blocked. The new action targets payments of so-called Coalition Support Funds that the U.S. pays to Pakistan to reimburse it for its counterterrorism operations. Those funds are typically paid later in the year, and already require U.S. certification, so the effect of Thursday's announcement was unclear.

On Monday, Trump said the U.S. had "foolishly" given Pakistan more than $33 billion in aid in the last 15 years and had gotten nothing in return but "lies & deceit." He reiterated longstanding allegations that Pakistan gives "safe haven to the terrorists we hunt in Afghanistan."

Trump unveiled in August a South Asia strategy aimed at ending the stalemate in the U.S. war in Afghanistan, now entering its 17th year, demanding action by Pakistan against militant safe havens on its soil.

Nauert said that despite sustained high-level engagement by the Trump administration with Pakistan's government, "the Taliban and Haqqani network continue to find sanctuary inside Pakistan as they plot to destabilize Afghanistan and attack U.S. and allied personnel." She told reporters that until Pakistan takes "decisive action" against those groups, security assistance was suspended.

Also Thursday, the State Department accused Pakistan of severe violations of religious freedom. It announced that it was placing Pakistan on a special watch list, pursuant to 2016 legislation. The step does not carry any serious consequences.

Pakistan's embassy in Washington and mission at the United Nations did not immediately respond to a request for comment Thursday.