US apologizes after Japan decries string of 'critical' military flukes 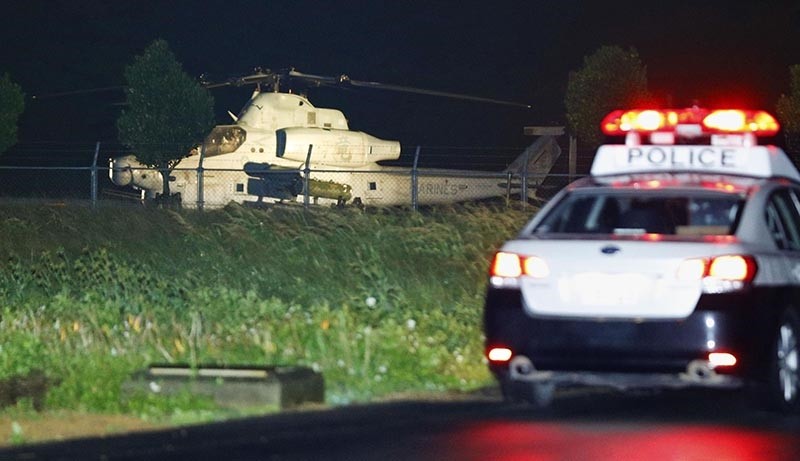 The U.S. has apologized to Japan over a recent series of accidents involving U.S. military equipment that have sparked anger over American operations in the country, a ministry spokesman in Tokyo said.

U.S. Secretary of Defense James Mattis apologized to Japanese counterpart Itsunori Onodera after the emergency landing of an American military helicopter in Okinawa on Monday, the second such incident in three days.

Monday's incident came just two days after a similar incident on the southern Japanese island, where more than half the 47,000 American troops in Japan are stationed.

Onodera reportedly urged the U.S. to implement fundamental safety measures during a phone call with Mattis.

Mattis told Onodera the U.S. military would deal with them as "critical issues," the Japanese minister told reporters after the phone call.

"I told him about the issue, raising concrete examples of various accidents that happened in September, October, November, December last year and January this year in Okinawa," Onodera added.

Onodera has said he hoped to depart for Hawaii as soon as Tuesday to meet top the U.S. commander in the Pacific, Harry Harris, to discuss the issue.

There were no immediate reports of injuries or damage after the helicopter landed near a hotel in the village of Yomitan on Monday.

But Okinawa governor Takeshi Onaga showed his frustration on Tuesday, saying "I am lost for words, really."

"I want them (the US military) to feel ashamed of their inability to be in control of what they are doing," the top Okinawa politician said, according to Jiji Press.

Last month, a window from a U.S. military helicopter fell onto a school sports ground near the Futenma marine air base in Okinawa, but again no one was injured.

In October, an American military helicopter burst into flames after landing in an empty field on the island.

Such accidents have sparked opposition to the U.S. bases on the strategic island, which would serve as a launchpad for any American military activity in Asia.

A series of crimes including rapes, assaults, hit-and-run and drink-driving accidents by U.S. personnel have also triggered protests on Okinawa, and are a frequent irritant in relations between close security allies Japan and the United States.