12,000 flee as Philippines warns volcano could erupt within days 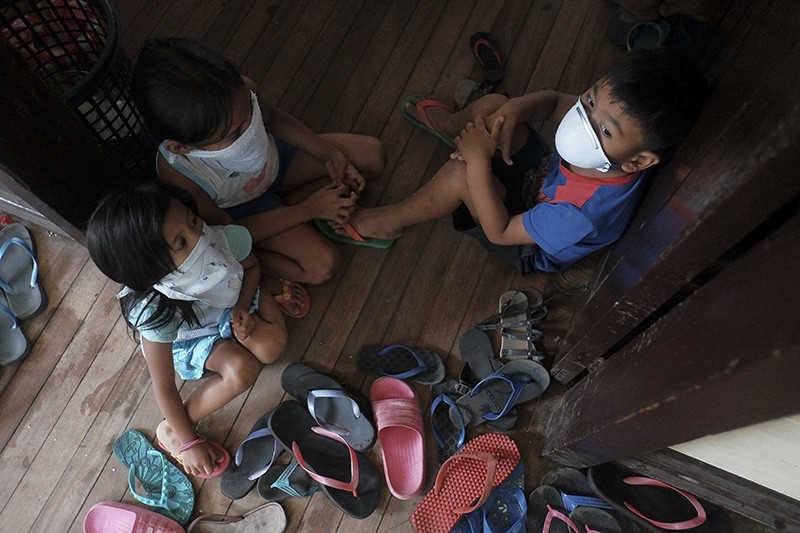 The crater of a rumbling Philippine volcano was glowing bright red Monday, with vulcanologists warning it could erupt within days, sending thousands fleeing from their homes.

Volcanic earthquakes and rockfalls have shaken the summit of Mayon over the last 24 hours, after a number of steam-driven eruptions, scientists said.

More than 12,000 people have been ordered to leave a seven-kilometer (four-mile) evacuation zone, and there are warnings of destructive mudflows and toxic clouds.

"It is dangerous for families to stay in that radius and inhale ash," Claudio Yucot, head of the region's office of civil defense, told AFP.

"Because of continuous rains in past weeks, debris deposited in the slopes of Mayon could lead to lahar flows. If rain does not stop it could be hazardous."

Lahar is the technical term for volcanic mudflows.

The volcano, a near-perfect cone, sits around 330 kilometers southwest of Manila.

Steam-driven eruptions and rockfalls began over the weekend, and the crater began glowing on Sunday evening, in what the Philippine Institute of Volcanology and Seismology (Phivolcs) said was a sign of the growth of a new lava dome.

"We think the lava now is more fluid than in 2014. This means the flow can reach further down [the slopes] at a faster rate," Phivolcs head Renato Solidum told AFP.

"We see similarity with eruptions where the first phase of the activity started with lava flow and culminated in an explosive or hazardous part. That's what we are trying to monitor and help people avoid."

Four foreign tourists and their local tour guide were killed when Mayon last erupted, in May 2013.

In 1814 more than 1,200 people were killed when lava flows buried the town of Cagsawa.

An explosion in August 2006 did not directly kill anyone, but four months later a typhoon unleashed an avalanche of volcanic mud from Mayon's slopes that claimed 1,000 lives.