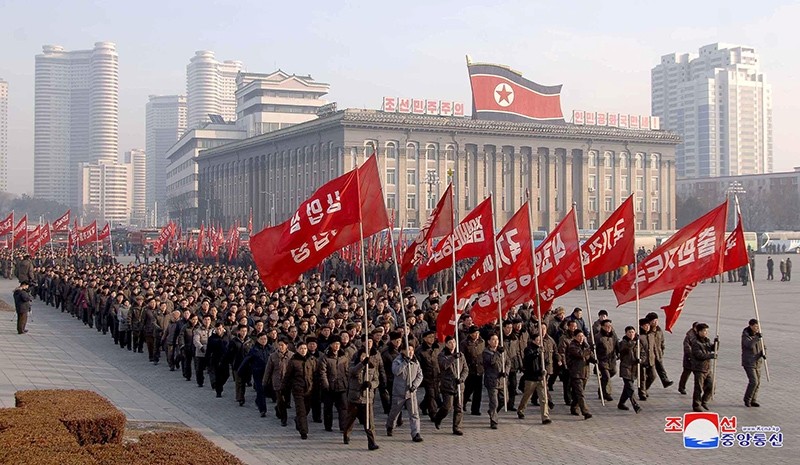 U.S. Secretary of State Rex Tillerson says that Russia is helping North Korea evade some of the sanctions imposed on it to force it to halt its nuclear missile program.

Last year, Russia signed up to United Nations sanctions pushed by Washington as a way to force Kim Jong-Un's regime to come to the table and negotiate disarmament.

But, Tillerson told reporters on his plane late Wednesday, Moscow is not fully implementing the measures and may indeed be trying to undermine them, in particular by supplying fuel.

"We've talked to them about it. Obviously, they say they're not, but we certainly don't get the same assurances from them that we receive from the Chinese."

Asked what in particular Russian sources are allegedly providing to Pyongyang, Tillerson said: "Fuel. Primarily fuel, but some other areas potentially as well."

Washington's top diplomat was speaking after President Donald Trump also accused Russia of hampering sanctions, but in vaguer terms, in an interview with the Reuters news agency.

"Russia is not helping us at all with North Korea," Trump said. "What China is helping us with, Russia is denting."

Trump said Russia's President Vladimir Putin could probably be helpful if he chose to be.

"But unfortunately we don't have much of a relationship with Russia, and in some cases it's probable that what China takes back, Russia gives," he added.

China was North Korea's main trading partner, but says it has implemented the UN sanctions regime.

However, it too is resisting calls to ban all fuel shipments.

Chinese leaders reportedly fear that too harsh a restriction on oil products could cause Kim's regime to collapse rather than simply to surrender its nuclear arsenal.

This could lead to chaos and a refugee crisis on the Korean peninsula, and potentially intervention by U.S. and South Korean troops that would bring them to the Chinese border.

Washington is still working closely with Beijing on the issue, however, and Tillerson says he has begun exploring contingency plans with senior Chinese officials.