China says US trespassed its waters with warship 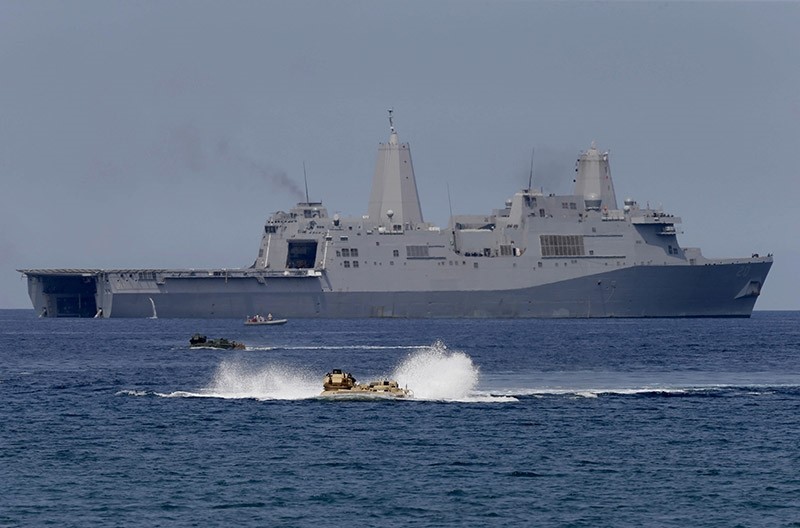 U.S. Navy's amphibious assault vehicles with Philippine and U.S. troops on board maneuver in the waters during a combined assault exercise. (AP Photo)
by Associated Press Jan 20, 2018 12:00 am

The Chinese government has accused the U.S. of trespassing in its territorial waters when a U.S. guided missile destroyer sailed near a disputed shoal in the South China Sea.

Chinese Foreign Ministry spokesman Lu Kang said Saturday that China will take "necessary measures" to protect its sovereignty after the USS Hopper sailed within 12 nautical miles of the Scarborough Shoal on Wednesday evening without China's permission.

Scarborough is a tiny, uninhabited reef that China seized from the Philippines in 2012.

Defense Ministry spokesman Wu Qian says a Chinese missile frigate moved to identify and verify the U.S. vessel and warned it to leave the area.

China claims virtually the entire South China Sea and has tried to fortify its foothold in recent years by transforming reefs into island outposts.