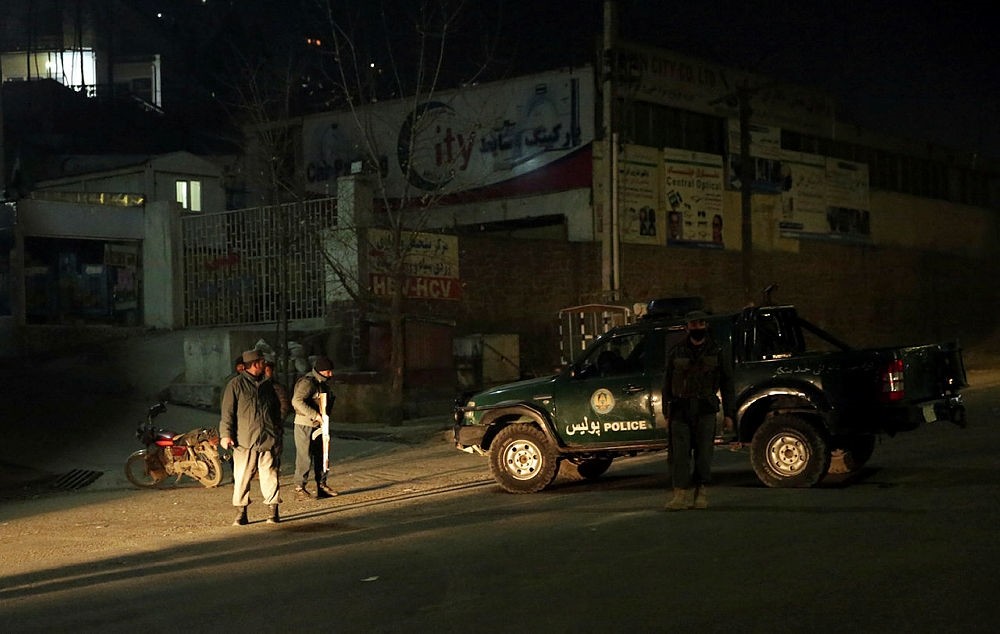 At least two of the four militants who stormed the Intercontinental Hotel in Kabul on Saturday night have been killed nearly three hours after the attack was launched, an official confirmed.

So far five people injured in the attack have been transferred to hospitals as security forces continue to clear the remaining hotel floors, Nasrat Rahimi, a spokesman for the Afghan Interior Ministry, said.

Citing a witness who managed to flee the scene with five others, Lotfullah Najafizada, the head of local news agency ToloNews, said on Twitter that about 15 people had been killed or wounded.

Rahimi said gunfire continued in the hotel, adding that participants of a wedding ceremony there had been brought to safety.

Militants initially set alight the kitchen on the third floor, Rahimi said. The fire is now under control and the floor has been cleared of militants.

"Almost half of the third floor is burnt," Rahimi said, adding that it was still "difficult" to identify the number of people inside the hotel or whether there are hostages.

Rahimi, however, insisted that most people trapped inside the hotel have been rescued by security forces.

Basir Mujahid, a Kabul police spokesman, said at least two explosions took place in the area but their causes were not clear.

Earlier, Najib Danish, another Interior Ministry spokesman, had said that security forces were clearing the top storeys of the hotel and had warned residents to stay inside their rooms.

The hotel serves as a meeting point for the Afghan capital's elite and caters to many international guests.

On Thursday, the US State Department had issued a statement saying it was "aware of reports that extremist groups may be planning an attack against hotels in Kabul," warning citizens to stay alert and keep a low profile.

Taliban spokesman Zabihullah Mujahid neither confirmed nor denied the attack in a text to dpa, saying sources needed to be contacted.

This is not the first time the hotel has been the target of a militant attack.

In 2011, Taliban fighters stormed the hotel, launching a gun battle in which 21 people were killed, including nine attackers.