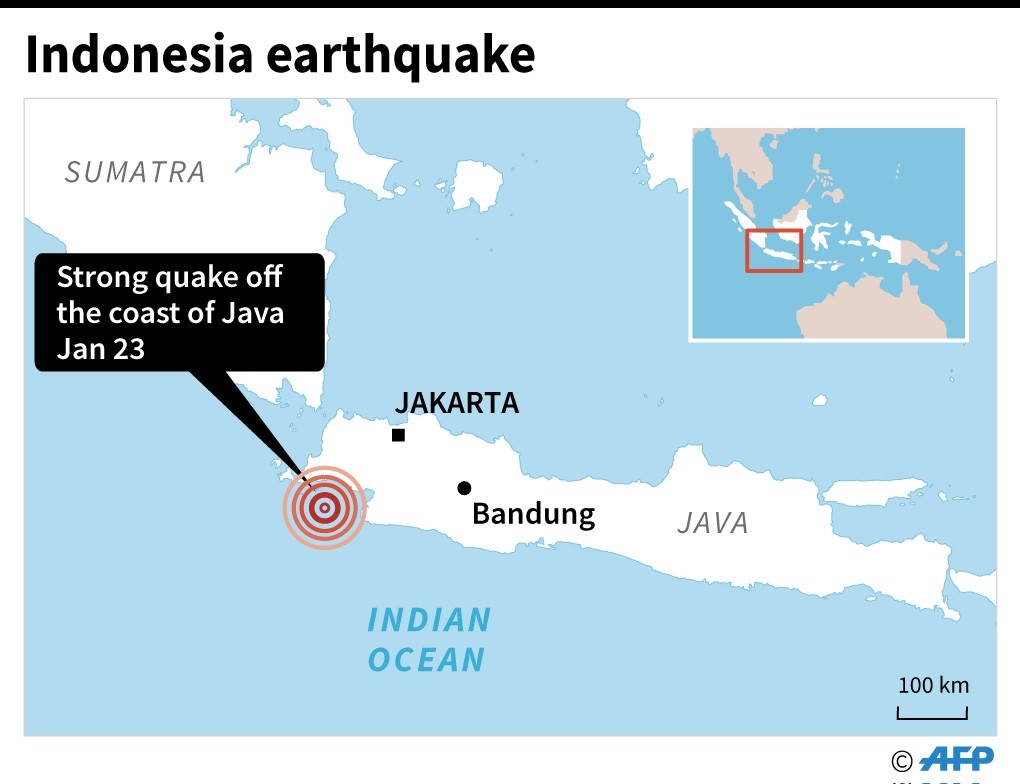 A moderately strong earthquake has shaken the Indonesian island of Java and the country's capital Jakarta on Tuesday.

There were no immediate reports of damage or injuries.

The 6.4 magnitude quake struck at a depth of 10 kilometers (6.2 miles), according to the Indonesian Meteorology, Climatology and Geophysics agency. It said the epicenter was 81 kilometers southwest of Banten province off the coast of Java island. 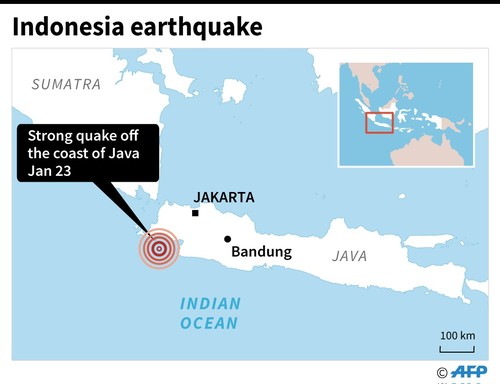 According to Indonesia's Department of Meteorology, Climate and Geophysics, the quake didn't have the potential to generate a tsunami and no warning was issued.

High-rise buildings in Jakarta swayed for more than one minute, prompting occupants to rush outside in a panic.