North Korea not interested in meeting US VP Pence 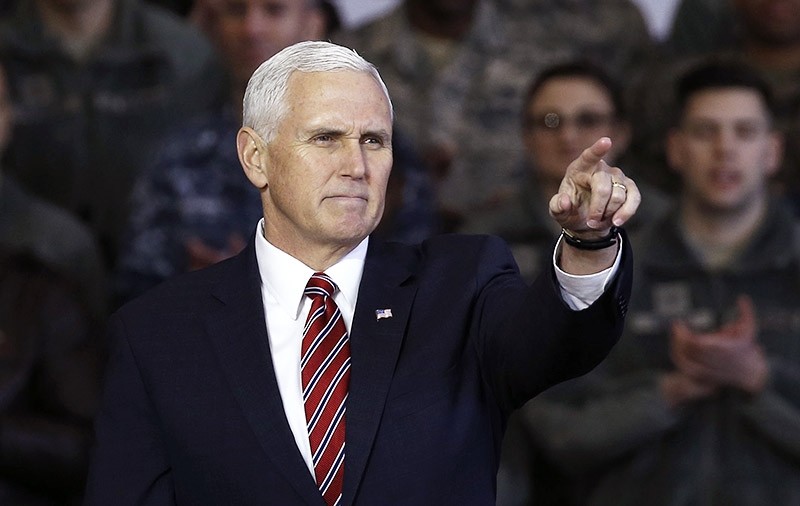 U.S. Vice President Mike Pence gestures after addressing U.S. military members and Japan's Self-Defense Force (JSDF) before he departs for South Korea, at Yokota U.S. Air Force Base in Fussa, on the outskirts of Tokyo, Japan. (Reuters Photo)
by Compiled from Wire Services Feb 08, 2018 12:00 am

North Korea says it is not interested in meeting U.S. Vice President Mike Pence while he is in South Korea for the Pyeongchang Winter Olympics.

Pyongyang is sending a senior delegation — including Kim Jong Un's younger sister — and rumors had circulated such a meeting could be in the works. A top Foreign Ministry official seemed to rule that out in comments carried by the North's state-run media on Thursday.

"We have no intention to meet with the U.S. side during the stay in South Korea," the official was quoted as saying. "We are not going to use such sports festival as the Winter Olympics as a political lever. There is no need to do so."

U.S. Vice President Mike Pence said on Thursday the United States and its allies were striving to peacefully dismantle North Korea's nuclear programme and alleviate the suffering of its people but reiterated that all options were on the table.

He said in a speech to U.S. troops at the Yokota Air Base in Japan that America stood with its ally South Korea. He spoke before heading to Pyeongchang for the Winter Olympics, which will be officially opened on Friday.

He said on Wednesday Washington will soon impose its harshest-ever sanctions on Pyongyang.

Pence is scheduled to arrive in South Korea from Japan on Thursday.