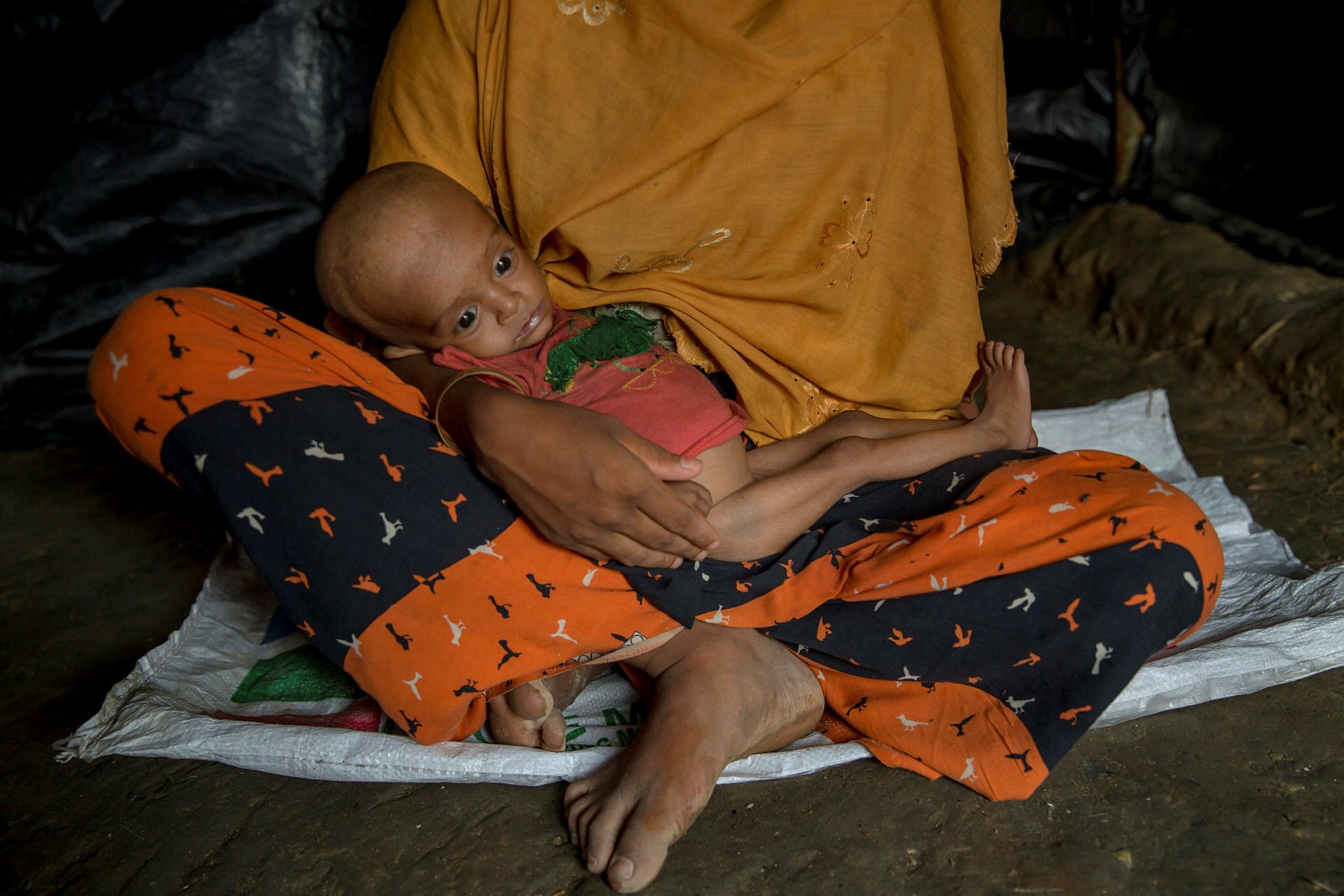 In addition to ongoing massacres, rapes and the wholesale destruction of villages by the Myanmar military in western Rakhine state that has forced nearly 750,000 people to flee to Bangladesh, the food supply now appears to be another weapon that's being used against the dwindling numbers of Rohingya.

The Rohingya Muslims, who have been loathed by Myanmar's Buddhist majority for decades, are locked down in their villages, sometimes even in their homes and prevented from farming, fishing, foraging, trade and work, aid group says. In other words, they can no longer do what they need to do to eat.

The Myanmar military has denied Rohingya access to rice fields, destroyed markets, looted livestock, money and valuables, and abducted women and girls, often subjecting them to sexual violence, according to testimony included in an Amnesty International briefing.

"Myanmar's security forces are building on entrenched patterns of abuse to silently squeeze out of the country as many of the remaining Rohingya as possible," said Matthew Wells, senior crisis adviser at Amnesty International, in a press statement, as reported by dpa.

According to interviews with newly-arrived refugees in Bangladesh, a campaign of starvation, looting and abductions by the Myanmar military in December and January drove dozens of Rohingya from their homes.

The accounts of hunger could not be independently confirmed, as Myanmar's government does not allow reporters into the northern part of Rakhine state, where most of the Rohingya lived.

However, more than a dozen interviews by the Associated Press with the most recent refugees show growing desperation, as the noose tightens around their communities in what U.N. officials have said may be genocide.

While restrictions on freedom of movement and access to food have long been in place, they have tightened dramatically in recent weeks, the AP interviews show.

Meanwhile, Britain, France, the U.S. and five other countries asked the U.N. Security Council on Wednesday to discuss the fate of hundreds of thousands of Rohingya refugees driven from Myanmar, diplomats said, according to AFP.The council will hold a meeting next Tuesday to hear U.N. High Commissioner for Refugees Filippo Grandi's report on the crisis sparked by an army crackdown in Myanmar's Rakhine state in August.

Sweden, Poland, the Netherlands, Kazakhstan and Equatorial Guinea requested the talks along with the three permanent council members. The meeting comes nearly three months after the council adopted a statement demanding that Myanmar rein in its security forces and allows the Rohingya to return to their homes.