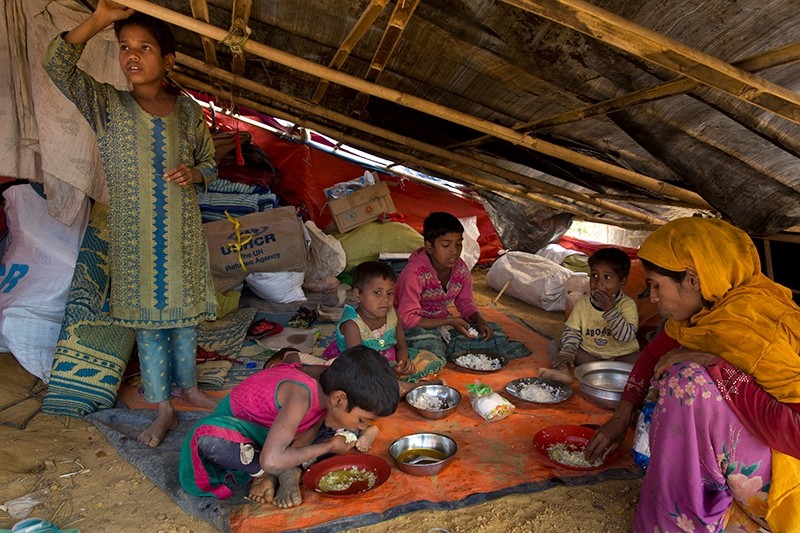 Bangladesh has signed a deal to involve the United Nations in the controversial process of returning Rohingya refugees to Myanmar, a minister said Monday.

Junior foreign minister Shahriar Alam said the government was involving the U.N. refugee agency so that it could not be accused of sending anyone from the stateless Muslim minority back against their will.

He gave few details, but said refugees would be asked to fill out repatriation forms in the presence of U.N. officials.

Bangladesh reached a deal with Myanmar late last year to repatriate the nearly 700,000 Rohingya who have fled across the border since August to escape a brutal military crackdown.

That was meant to start last month, but was delayed by a lack of preparations and protests by Rohingya refugees, most of whom say they do not wish to return without guarantees of safety.

"We have repeatedly said this repatriation process is very complex," Alam told reporters.

"We want to fill up the (repatriation) forms in their (U.N.) presence so that no one can say they been forced by someone or sent back against their will," he told reporters at a Rohingya refugee camp in Bangladesh's southeastern border district of Cox's Bazar.

There was no immediate comment from the U.N., which has said previously that any repatriation must be voluntary.

Alam urged patience and said Bangladesh did not want to send back the refugees only to have them return, as has happened after past rounds of repatriation.

Bangladesh "wants to make sure the situation in Myanmar is safe and secure," he said.

The Rohingya have long faced severe discrimination and were the targets of violence in 2012 that killed hundreds and drove about 140,000 people — predominantly Rohingya — from their homes to camps for the internally displaced, where most remained until last year's fresh violence, the scale of which has led to accusations that Myanmar's army carried out ethnic cleansing or even genocide. Myanmar's government has denied carrying out any large-scale or organized abuses against the Rohingya.

The government refuses to recognize the Rohingya as a legitimate native ethnic minority, claiming they are illegal migrants from Bangladesh. Most Rohingya are denied citizenship and its rights.