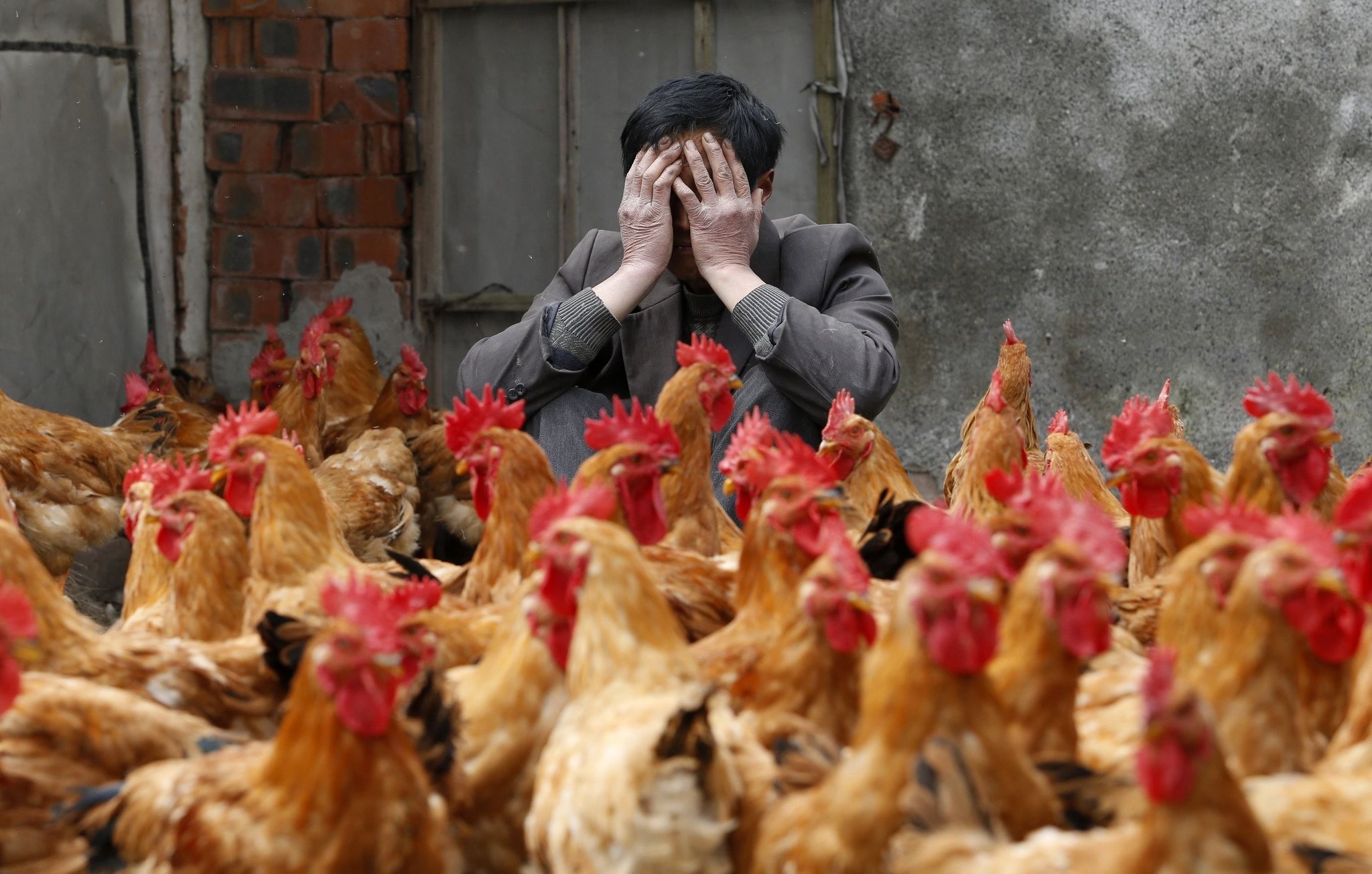 A breeder covers his face as he sits behind his chickens, which according to the breeder are not infected with the H7N9 virus, in Yuxin township, Zhejiang, on April 11, 2013. (REUTERS Photo)
by Compiled from Wire Services Feb 15, 2018 12:00 am

China has confirmed the first human case of H7N4 bird flu, prompting Hong Kong to issue a health warning for those traveling to the mainland during the busy Lunar New Year holiday.

The winter is traditionally the high season for bird flu infections.

The strain was identified in a 68-year-old woman from the eastern province of Jiangsu who was admitted to hospital after falling ill on December 25 but had since recovered, according to China's National Health and Family Planning Commission.

"She had contact with live poultry before the onset of symptoms," Hong Kong's Centre for Health Protection said late Wednesday after being informed of the case by Chinese authorities, who said the virus genes were of avian origin.

The world's first human cases of bird flu were reported in Hong Kong in 1997, when six people were killed by the H5N1 strain of the virus. Hundreds more have died worldwide in subsequent outbreaks, especially of highly-virulent strains like H7N9.

The semi-autonomous southern Chinese city is a high-risk area for the spread of communicable diseases because of its high population density and busy regional and international transport links.

"Travelers to the mainland or other affected areas must avoid visiting wet markets, live poultry markets or farms," the Centre for Health Protection warned after the H7N4 strain was reported by China.

Authorities in China and Hong Kong did not provide further details on the H7N4 strain found in the woman, such as its virulence. An outbreak of this type of bird flu hit chickens in New South Wales, Australia, in 1997, according to World Health Organization records.

Hong Kong authorities are already battling a deadly flu outbreak, and were forced to shut down kindergartens and primary schools early for the Chinese New Year break.

The H7N9 strain is far more common in China for humans.

Since 2013, at least 600 people have died in China and more than 1,500 people have fallen sick as a result of H7N9 bird flu virus. Some 40 percent of people hospitalized with the virus die.