More than 10,000 civilian casualties in Afghanistan in 2017, UN report says 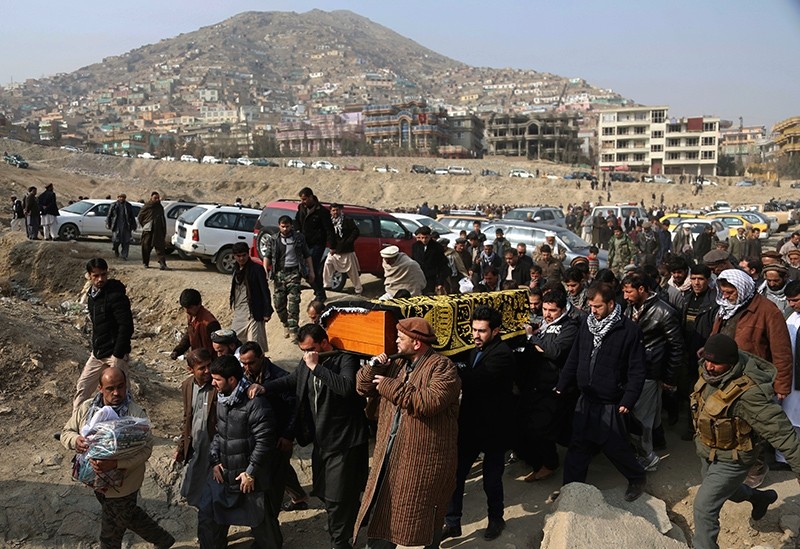 For the fourth year in a row, more than 10,000 civilians have been killed or injured in the conflict in Afghanistan, the United Nations said in its annual report on civilian casualties Thursday.

"The chilling statistics in this report provide credible data about the war's impact, but the figures alone cannot capture the appalling human suffering inflicted on ordinary people, especially women and children," said Tadamichi Yamamoto, the U.N. special representative for Afghanistan.

The United Nations Assistance Mission in Afghanistan documented 631 civilian casualties — 295 deaths and 336 wounded — from aerial operations conducted by pro-government forces. That's a 7 percent increase from 2016, and the highest number from airstrikes in a single year since 2009. Aerial operations accounted for 6 percent of all civilian casualties in Afghanistan in 2017.

Afghanistan has been mired in conflict since 2001 when the United States invaded after 9/11. The U.S. and NATO forces formally concluded their combat mission at the end of 2014 and shifted to a training role, but a resurgent Taliban stepped up their attacks and an affiliate of the Islamic State group has also emerged. Between Jan. 1, 2009, and Dec. 31, 2017, the conflict in Afghanistan has claimed the lives of 28,291 civilians and wounded 52,366 others, according to the report.

Nearly 2,300 civilians were killed or wounded in suicide bombings and attacks in Afghanistan in 2017, more than any previous year of the conflict on record.

"I am particularly appalled by the continued indiscriminate and unlawful use of (improvised explosive devices) such as suicide bombs and pressure-plate devices in civilian populated areas," he said. "This is shameful."

UNAMA also documented an increase in attacks against places of worship, religious leaders and worshippers, recording 499 civilian casualties with 202 deaths and 297 injured, during 38 such attacks in 2017. This amounted to three times as many attacks as in 2016, double the number of deaths and 30 percent more total civilian casualties.