Myanmar still not safe for Rohingya to return, UN says 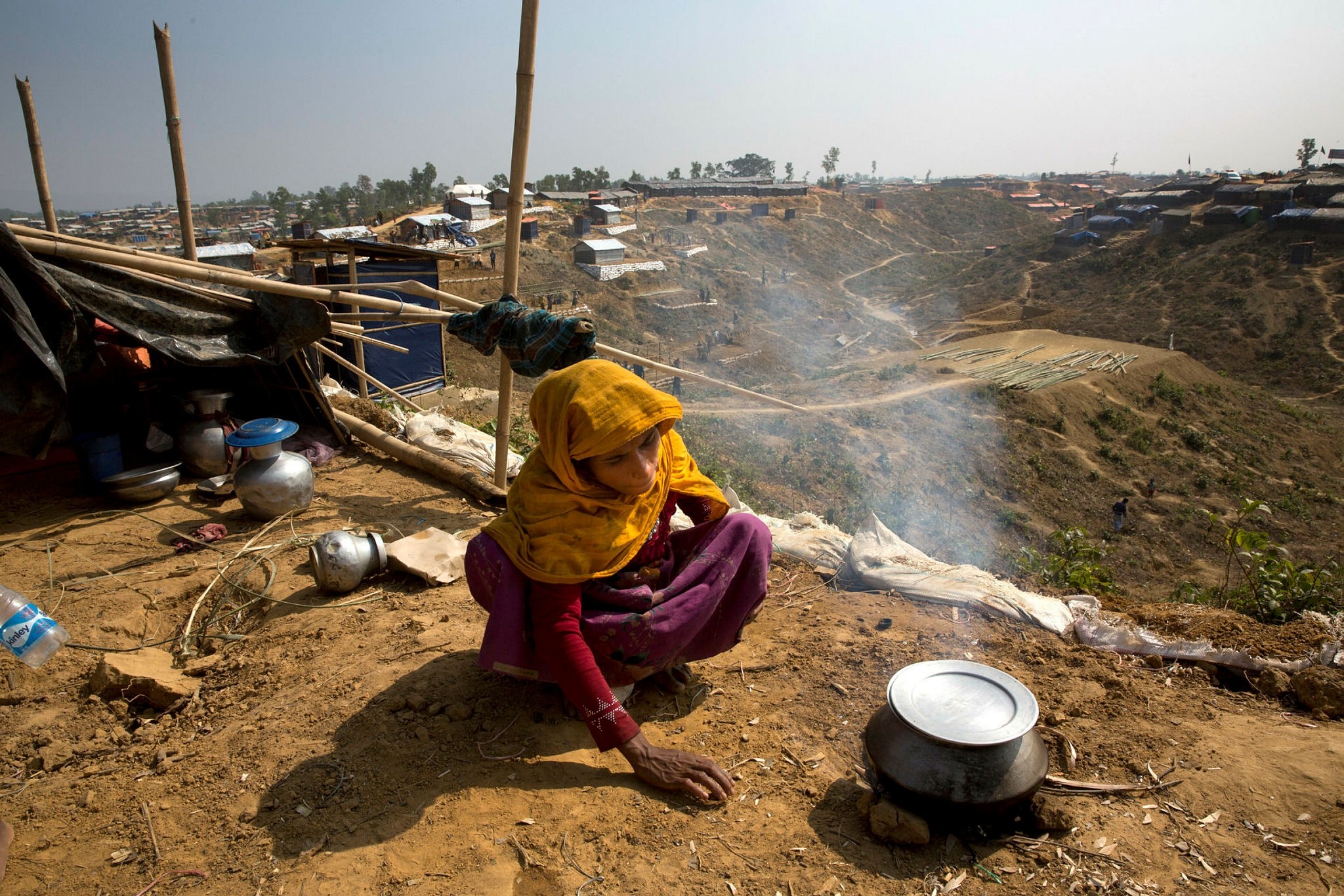 A newly arrived Rohingya woman makes rice for her family at Balukhali refugee camp near Coxu2019s Bazar, Bangladesh, Jan. 13.
by Compiled from Wire Services Feb 15, 2018 12:00 am

Myanmar is not ready to have Rohingya refugees returned and Bangladeshi camps housing refugees are at risk from the looming monsoon season, the U.N.'s refugee chief warned

The U.N. refugee chief warned that conditions aren't right for Rohingya refugees to voluntarily return to Myanmar because its government hasn't addressed their exclusion, denial of rights and lack of citizenship.

Filippo Grandi also warned that another "major new emergency looms" with the arrival of the monsoon season in March and more than 100,000 refugees in Bangladesh are living in areas prone to flooding or landslides.

"It is time to bring an end to this repeated devastating cycle of violence, displacement and statelessness — to invest in tangible, substantial measures that will start to overcome the profound exclusion that the Rohingya community has endured for far too long," he told a Security Council meeting, speaking by video conference from Geneva, as reported by AP. The U.N. High Commissioner for Refugees said this is the responsibility of the government of Myanmar, "but international engagement and support are key to making it happen."

More than 750,000 Rohingya have been driven from the mainly Buddhist country to Bangladesh, fleeing soldiers accused of killings, rapes and burning down villages. Bangladesh and Myanmar agreed last month to repatriate the Rohingya over a period of two years. The meeting came nearly three months after the council adopted a statement demanding that Myanmar rein in its security forces and allow the Rohingya to voluntarily return. The U.N. refugee chief said that while the exodus had significantly decreased, the flow "still continues," with some 1,500 refugees arriving in Bangladesh this month.

Many Rohingya living in the crowded, unsanitary camps have said they do not want to return to Rakhine after fleeing the atrocities, including murder, rape and arson attacks on their homes. Rights groups and the U.N. say any repatriation must be volun

tary. They have also expressed concerns about conditions in Myanmar, where many Rohingya settlements have been burned to the ground by soldiers and Buddhist mobs.

U.S. Ambassador Nikki Haley urged the council to ensure Myanmar's military is held accountable for its campaign against the Rohingya, following accounts of killings, burning of villages, rape and mass graves.

"This council must hold the military accountable for their actions and pressure Aung San Suu Kyi to acknowledge these horrific acts are taking place in her country. No more excuses," Haley said, according to AFP.

The United Nations has accused Myanmar of carrying out an ethnic cleansing campaign by forcing the Muslim Rohingyas into exile. The U.N. has documented mass gang rapes and killings, including infants and young children, as well as brutal beatings and disappearances orchestrated by security personnel. In a report, U.N. investigators said such violations may constitute crimes against humanity. Doctors Without Borders estimates at least 6,700 Rohingya died in the first month of the violence that sparked the outpouring of refugees.