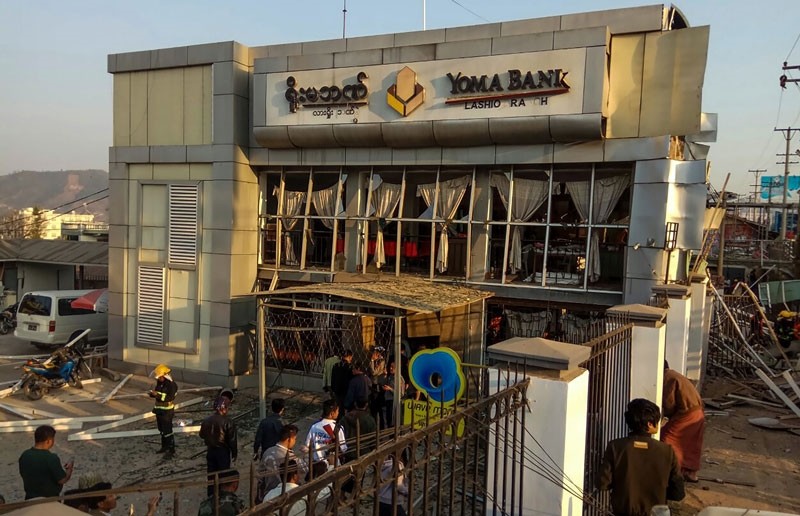 Two women were killed and 11 others injured when two bombs exploded at a branch of local Yoma Bank in northeastern Shan state Wednesday, according to police.

"Some nearby buildings were destroyed as well. The explosion was quite heavy. Security is still working to clear the area," he added.

Pictures showed shattered windows at the bank, damaged cars on the street and rescue services arriving. 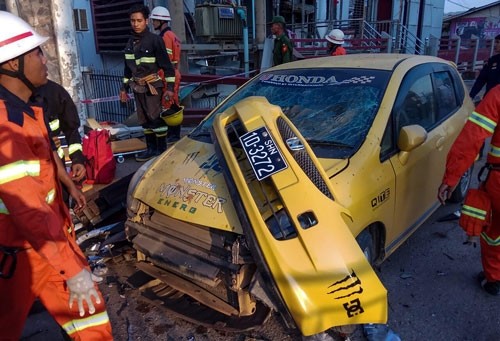 The injured were getting treatment at a hospital.

No individual or group has so far claimed responsibility for the incident.

However, police and military had distributed leaflets a few days earlier, warning the public that members of two ethnic armed groups, Kachin Independent Army and Ta'ang National Liberation Army, were allegedly planning to plant bombs in the town.

Shan state -- the largest of Myanmar's 15 regions and states -- is also a home to several ethnic rebel groups, including the United Wa State Army, the most powerful rebel group in the region.