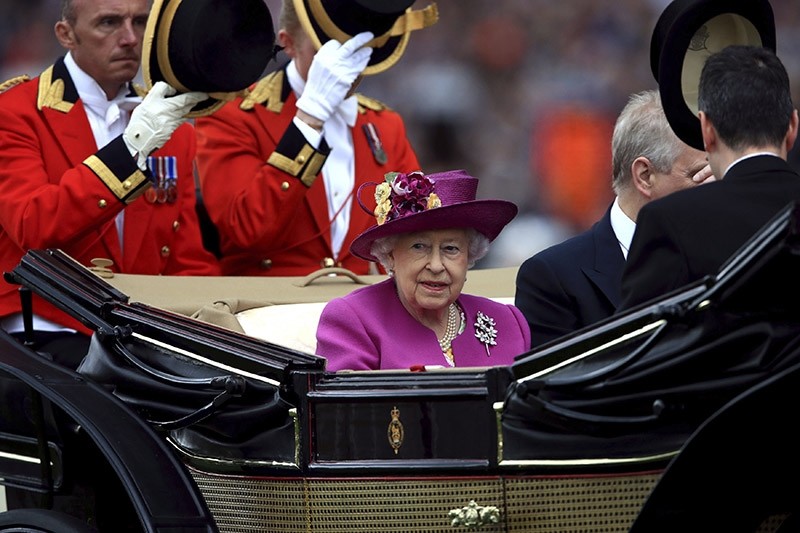 A mentally disturbed teenager tried to assassinate Queen Elizabeth II during a 1981 visit to New Zealand and police covered up the botched attempt, according to official documents released Thursday.

No one was hurt and police reportedly assured members of the royal party who asked about a gunshot that they had simply heard a firework exploding.

Lewis, 17 at the time, was picked up soon after on an unrelated armed robbery charge and made a rambling confession about his attempt on the monarch's life.

While police said he was delusional and "lives in a dream world" they found a rifle and spent cartridge in the building where he said the attempt took place.

He claimed to be a member of a right-wing organization called the National Imperial Guerilla Army, which police concluded had only three members.

Officers at the time decided against charging him with treason over the October 1981 assassination attempt but pursued firearms and robbery charges.

The SIS documents, released publicly in response to a media request and seen by AFP, show police were concerned the incident would become public and conspired to keep it secret.

The New Zealand Herald said authorities were worried it might jeopardize future royal visits to the former British colony.

"Lewis did indeed originally intend to assassinate the Queen," the documents say.

"However (he) did not have a suitable vantage point from which to fire, nor a sufficiently high-powered rifle for the range from the target."

The intelligence agency revelations have prompted a police inquiry into the matter, authorities said on Thursday.

A New Zealand police spokeswoman said in a statement to Reuters that the police commissioner had ordered the case file be examined.

More than a decade after the incident, Lewis was charged with the brutal murder of an Auckland mother and the abduction of her baby daughter, who was later dropped at a nearby church.

According to multiple news reports at the time, Lewis electrocuted himself while in prison in 1997 awaiting the murder trial. He denied the murder charge in a suicide note.

New Zealand has been independent of British rule since 1947, but retains the Queen as its constitutional monarch and head of state. She has visited the country as monarch 10 times, most recently in 2002.

The Queen's role as head of the Commonwealth has made her a high-profile target for extremist groups and the mentally unwell over the years.

In 1982, unemployed decorator Michael Fagan had a few drinks and scaled the walls of Buckingham Palace, climbing up a drainpipe to enter the Queen's London residence.

He wandered into her bedroom and reportedly sat on the end of the bed for a chat with the perturbed monarch before a palace staffer lured him away with the promise of a shot of whiskey.

Fagan later described the Queen's floral nightie and said he was motivated by a desire to meet his head of state.

Another 17-year-old threatened the Queen's security in 1981, just four months before Lewis' attempt, when Marcus Sarjeant fired six blanks at her during the trooping the color ceremony in London.

He was quickly overpowered and sentenced to five years in prison for treason.

An unconfirmed assassination plot occurred in Australia in 1970 when a train carrying the Queen hit a log as she was traveling to Lithgow, west of Sydney.

A local police officer said unknown extremists put the log there to derail the train and send it down an embankment.

It turned out the engine was traveling too slowly and merely pushed it along the tracks.

There was a far more sinister scheme in 1981, when the Queen opened an oil terminal in the remote Shetland Islands, north of Scotland.

It was the height of The Troubles in Northern Ireland and the anti-British IRA smuggled a powerful bomb into the facility.

However, a detonator failed to fire and the Queen was unharmed.