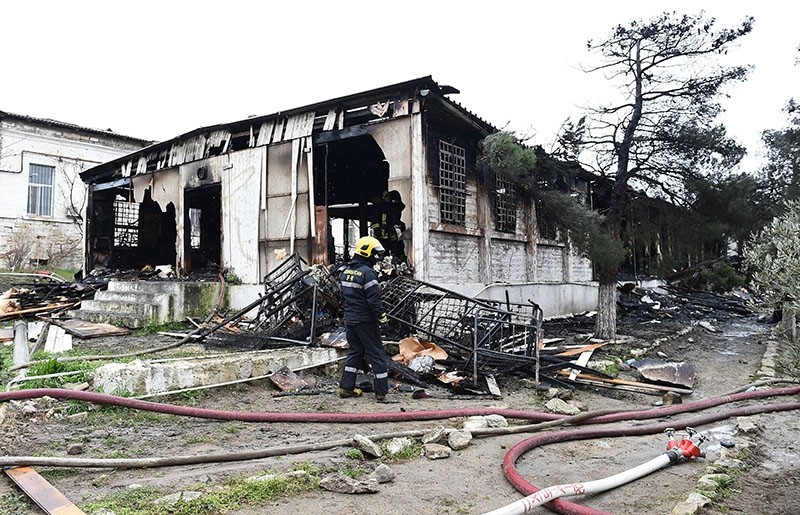 An Azerbaijani firefighter at the site of a fire in the republican drug rehabilitation center in Baku, Azerbaijan, March 02, 2018. (EPA Photo)
by Compiled from Wire Services Mar 02, 2018 12:00 am

"At 06:10 am a fire broke out at the Republican Narcological Centre in Baku," the General Prosecutor's Office, the health, interior and emergencies ministries said in a joint statement.

"According to the latest data, 25 people died in the fire," said the updated statement, which initially put the death toll at 24.

Four more people were hospitalized with serious burns, the statement said, citing a power grid defect as the initial cause of the blaze at the Health Ministry-run clinic in Baku's southern Khatai district near the Caspian Sea.

Thirty people managed to escape the single-story building and survive the blaze, which has been extinguished. Investigators have opened a criminal case into the incident.

Earlier Friday, APA news agency reported that at least 30 people had perished in the blaze.

It said the fire broke out in a ward for bed-ridden patients.

It took some three hours for ten squads of firefighters and rescuers from the emergencies ministry to extinguish the blaze.

The ex-Soviet Caucasus nation has a history of large-scale casualties as a result of fires in residential buildings and elsewhere.

In October 1995, 289 people died in a metro fire in Baku, in the world's deadliest subway disaster that was caused by outdated Soviet equipment.