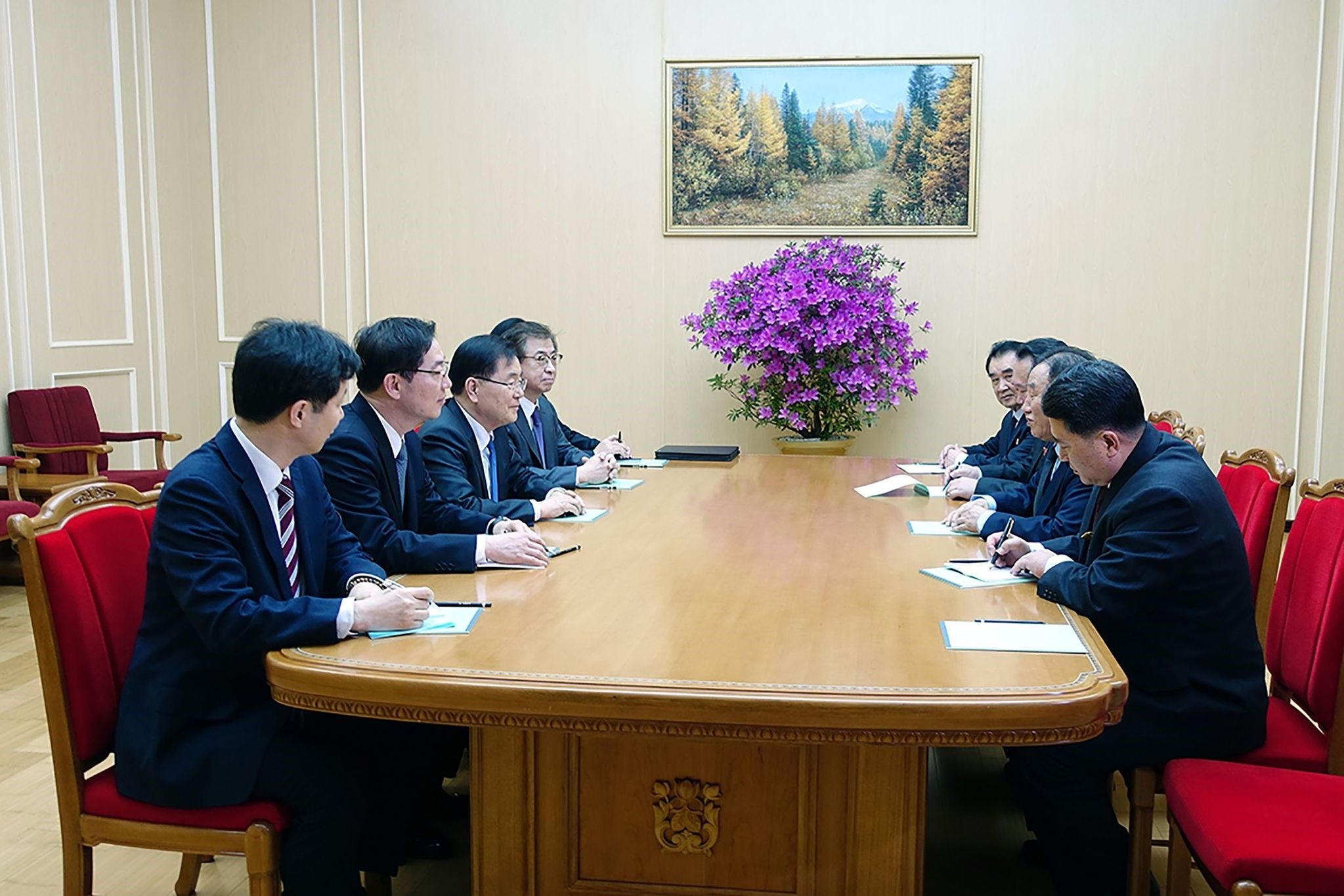 South Korean delegation (L row) talking with General Kim Yong Chol (2nd R), who is in charge of inter-Korean affairs for North Korea's ruling Workers' Party, during their meeting in Pyongyang on March 5, 2018.
by Mar 06, 2018 12:00 am

A 10-member South Korean delegation led by National Security Office head Chung Eui-yong traveled to the North Korean capital, Pyongyang, on Monday in hopes of encouraging North Korea and the United States to talk to one another.

Washington and Pyongyang have been at loggerheads for months over the North's nuclear and missile programs, with U.S. President Donald Trump and Kim Jong Un trading insults and threatening war.

Tensions between the two Koreas eased during the recent Winter Olympics in South Korea, where President Moon Jae-In hosted a high-level North Korean delegation. Kim Jong Un invited Moon to North Korea for a summit, which Moon said the two sides should work toward.

"Hearing the intention of President Moon Jae In for a summit from the special envoy of the south side, (Kim Jong Un) exchanged views and made a satisfactory agreement," the North's Korean Central News Agency (KCNA) said of the meeting.

The agency did not provide details on what that agreement was but an official from the presidential Blue House in Seoul said it partially addressed the summit offer made by the North.