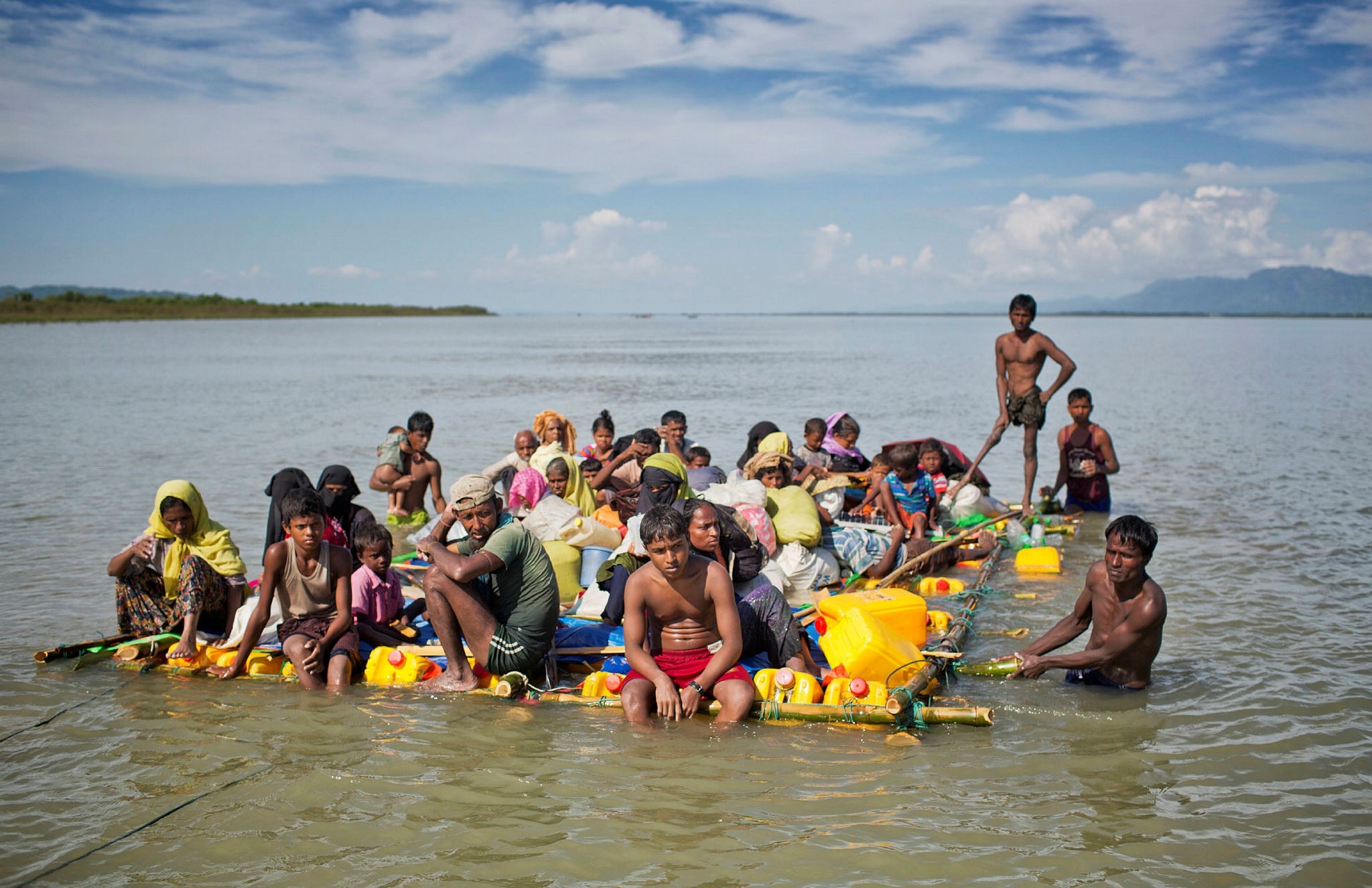 Rohingya refugees travel on a raft made with plastic containers on which they crossed the Naf River from Myanmar to Bangladesh.
by Compiled from Wire Services Mar 10, 2018 12:00 am

After strongly suspecting acts of genocide, the U.N. human rights chief called for the General Assembly to refer Myanmar atrocities against Rohingyas to the International Criminal Court

The top United Nations human rights official called on Friday for alleged atrocities committed against the Muslim Rohingya minority in Myanmar to be referred to the International Criminal Court (ICC) for prosecution.

"We are saying there are strong suspicions that, yes, acts of genocide may have taken place. But only a court can confirm this," Zeid told a news conference in Geneva, as reported by Reuters.

A senior Myanmar official on Thursday rejected a U.N. accusation that his government has been carrying "ethnic cleansing" against the Rohingya Muslim ethnic group.

"We often heard many accusations that there is ethnic cleansing or even genocide in Myanmar.... it is not the policy of the government," Myanmar's National Security Advisor Thaung Tun, Union Minister for the Office of the Union Government of Myanmar told a press conference in the United Nations' European headquarters in Geneva.

"Whenever there is clear evidence we will make sure that action is taken against those who have perpetrated any crimes or those who have caused human rights abuses," he added.

On Wednesday, U.N. human rights chief Zeid called for a new body tasked with preparing criminal indictments over atrocities committed in Myanmar, after a similar panel was created for the Syrian conflict.

Myanmar has not allowed U.N. investigators into the country to investigate. A U.N. fact-finding mission is due to report on Monday on its initial findings, based on interviews with victims and survivors in Bangladesh and other countries.

The Rohingya trace their presence in Rakhine back centuries. But most people in majority-Buddhist Myanmar consider them to be unwanted Muslim immigrants from Bangladesh. The army refers to the Rohingya as "Bengalis," and most lack citizenship.

An estimated 700,000 Rohingya have fled over the border to Bangladesh since an army crackdown was launched in Rakhine in August. Myanmar blames Rohingya militants for an Aug. 25 strike on security posts in Rakhine state that triggered a fierce army crackdown. The U.N. and the U.S. have said the retaliatory response by Myanmar security forces amounted to "ethnic cleansing".

Bangladesh says more than one million Rohingya refugees are living in squalid camps in the country's south, having fled successive waves of violence in Myanmar's Rakhine district. Earlier this week, a senior Bangladesh cabinet minister has accused Myanmar of obstructing efforts to repatriate roughly 750,000 Rohingya refugees, saying it was unlikely the displaced Muslims would ever return to their homeland, according to AFP.

Bangladesh has reached an agreement with Myanmar to send back the around 750,000 refugees who have arrived since October 2016 over the next two years. But many Rohingya living in the crowded, unsanitary camps have said they do not want to return to Rakhine after fleeing atrocities including murder, rape and arson attacks on their homes. Rights groups and the U.N. say any repatriation must be voluntary. They have also expressed concerns about conditions in Myanmar where many Rohingya settlements have been burned to the ground by soldiers and Buddhist mobs.