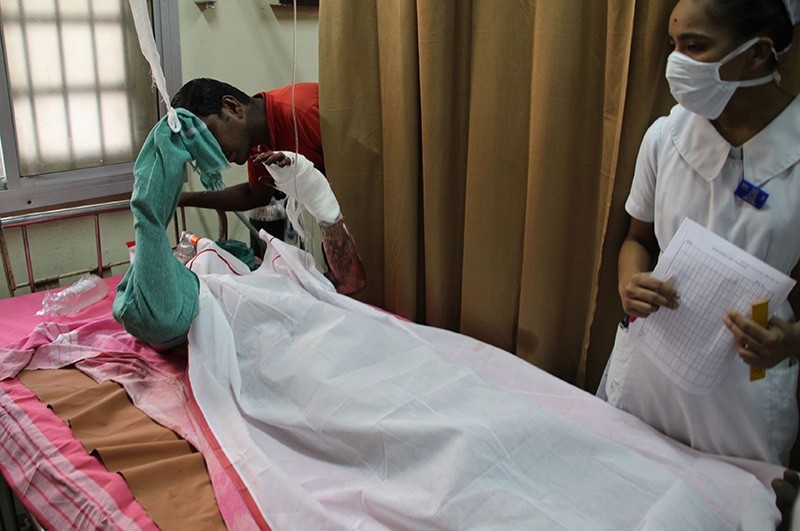 At least 10 trekkers have died in a forest fire in India's southern state of Tamil Nadu, while 29 others were rescued and hospitalized, officials said Monday.

The fire broke out in the Kurangani hills in the district of Theni, where a group of 24 people, mostly women, were returning from a trek organized to mark last week's International Women's Day.

On their way back on Sunday, the group, along with 15 members of an extended family who were also trekking in the hills, were trapped on the hills and surrounded by the fire. A rescue operation involving Indian Air Force helicopters was launched.

"A total of 10 trekkers perished in the fire. Bodies of five women and four men were found from the hills in operations overnight, another woman succumbed to burn injuries later Monday," district official Pallavi Baldev said.

Police said the victims were between the ages of 25 and 35.

A total of 29 people were rescued, but at least nine among them suffered serious burn injuries and the death toll could rise, Baldev added.

Many jumped onto boulders to escape the blaze, broadcaster NDTV reported. Footage on television showed disturbing visuals of injured women, writhing in pain, unable to move due to their injuries.

Local agencies carried out intensive searches through Monday to determine if more people were stranded on the hills, as operations to douse the fire continued.

Police also launched an investigation after forest officials said the organizers had not obtained permission for the trek and had not informed local officials.