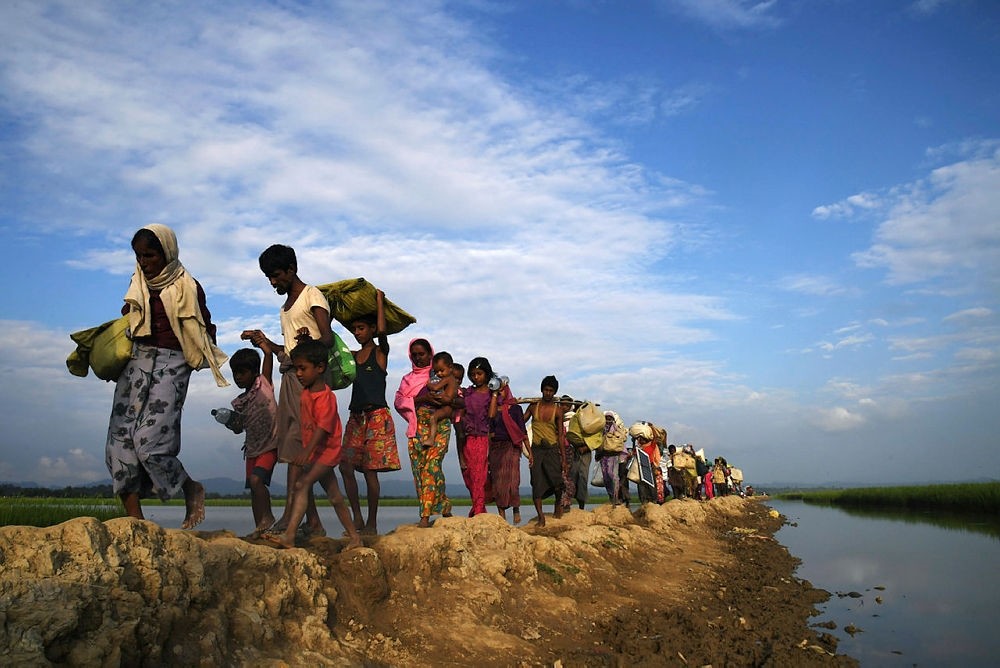 Bangladesh has begun relocating 100,000 Rohingya refugees to safer ground before the monsoon season for fear of deadly landslides and floods in the congested camps, an official said Sunday.

The U.N. says about 150,000 refugees in Bangladesh's southeast — where nearly one million Rohingya in total live in shanties on hillsides — are extremely vulnerable to disease and disaster this rainy season.

Humanitarian groups have been racing to reinforce the basic shelters erected hastily by the Rohingya as they fled across the border after a fierce army crackdown on the community in western Myanmar.

Nearly 700,000 refugees have crossed the border since August into the Cox's Bazar region, clearing trees and packing whole hillsides with unstable shanties.

Bangladesh's refugee commissioner Mohammad Abul Kalam said 100,000 refugees living in "priority" areas most at risk from floods and landslides would be relocated before June.

"We have already shifted some 10,000 refugees from different locations to safer settlements," he told French Press Agency (AFP).

But the forest is being felled at a rate of four football fields a day, Kalam said.

The refugees, who use the firewood for cooking, have already cleared 5,000 acres of forest, Cox's Bazar deputy district administrator Mahidur Rahman told AFP.

The once lush hillsides have turned barren, exposing the topsoil and leaving them highly vulnerable to landslides during heavy rain, he said.

More than 100 people were killed in landslides in the region in 2012, and two years earlier heavy rain killed around 50.

In the past week U.N. Secretary General Antonio Guterres has expressed fears the Rohingya were "extremely vulnerable" to the annual storms.

He told reporters he had stressed to Bangladesh that "higher ground is the best place for this kind of relocation".

Dhaka had earlier said about 100,000 refugees from the persecuted Muslim minority would be shifted to an island in the Bay of Bengal where the Bangladesh navy is building accommodation for the refugees.

But Abdul Mannan, the Chittagong regional commissioner, told AFP the Rohingya would not be relocated to the island before the end of the year.