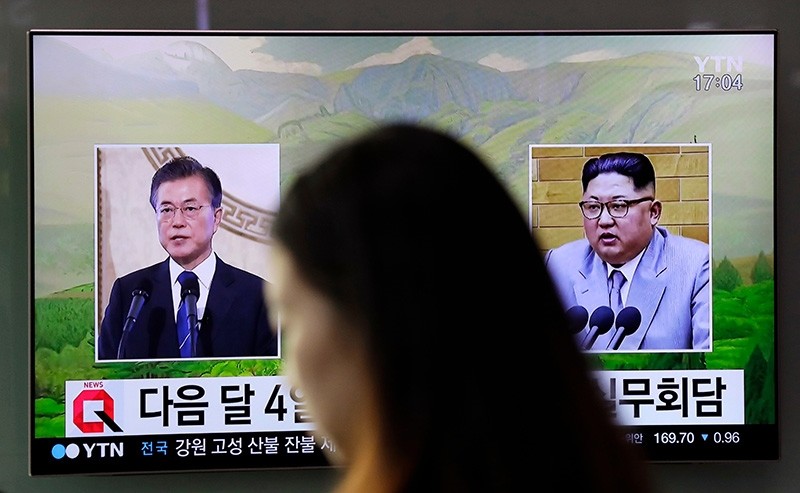 Officials from North and South Korea discussed protocol headaches and other logistics of a rare summit later this month, which will see Kim Jong Un become the first North Korean leader to set foot in the South since the end of the Korean War.

Kim and the South's president Moon Jae-in are due to meet on April 27 at the South's side of the demilitarized zone for the landmark inter-Korean summit.

Thursday's working-level meeting was aimed at ironing out the protocols, security measures and media coverage of the summit, the South's presidential office said.

"We had sincere talks for four hours straight," said Kwun Hyuk-ki, one of the five-member South Korean delegation to the talks.

He declined to give details, saying the two sides will meet again for further discussions on a date yet to be fixed.

This month's summit will be only the third of its kind since the 1950-53 Korean War ended with an armistice.

It is set to take place at the South's Peace House in the border truce village of Panmunjom, the same building in which Thursday's meeting was held.

Attention has been particularly focused on details of how Kim should be received when he crosses the military demarcation line to the South.

News reports said Kim is likely to be welcomed by South Korean military guards of honor, because two former South Korean presidents were met by North Korean honor guards when they visited Pyongyang for the previous summits in 2000 and 2007.

The two sides are also believed to have discussed whether to allow live broadcasting of the summit for the first time, as the previous two summits were recorded and aired later.

The South's delegation Thursday was led by Kim Sang-gyun, a senior director from the National Intelligence Service, who met Kim Chang Son, an official from the North's state affairs commission and five other delegates.

An ongoing rapprochement was triggered by the South's Winter Olympics, to which the North sent athletes, cheerleaders and Kim's sister as an envoy.

Kim has since embarked on a diplomatic overture that has seen him pencil in summit meetings with the South and the U.S. and make his international debut with a visit to Beijing -- his first overseas trip since taking power in 2011.

The rapid diplomatic thaw on the peninsula has even seen Kim and his wife attend a concert put on by South Korean pop stars in the North's capital.

A different group of officials from the two sides will meet Saturday for another round of working-level talks to discuss setting up a hotline between the leaders of North and South Korea.