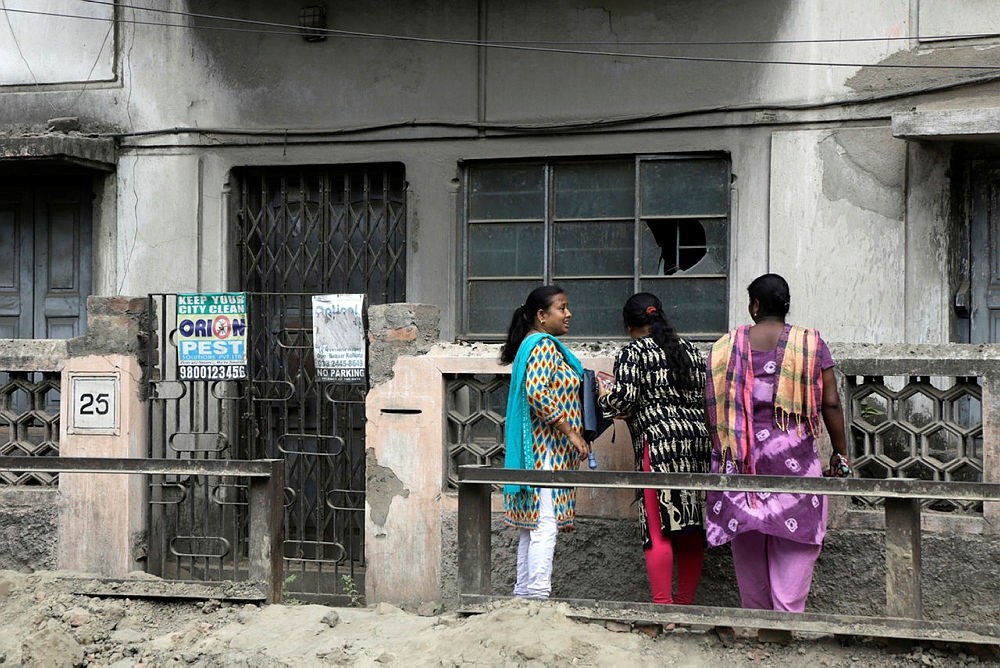 Indian women stand outside the house where a 46-year-old Subhabrata Majumdar had allegedly kept his mother's body in a freezer for almost three years while collecting her monthly pension payments in Kolkata, India, Friday, April 6, 2018. (AP Photo)
by Associated Press
Apr 06, 2018 12:00 am

Indian police have arrested a 46-year-old man for allegedly keeping his mother's body in a freezer for almost three years while collecting her monthly pension payments.

Subhabrata Majumdar was arrested after his mother's body was found in the large freezer during a Thursday police raid on their home in the city of Kolkata, police officer Nilanjan Biswas said.

Majumdar had hidden his mother's body after she died three years ago, at age 81, and continued withdrawing her monthly retirement pension of 30,000 rupees, about $460, Biswas said. Majumdar told police that he kept her mother's body because he believed she could be brought back to life.

Police also questioned his 90-year-old father, who lived in the same house but did not arrest him because of his poor health.