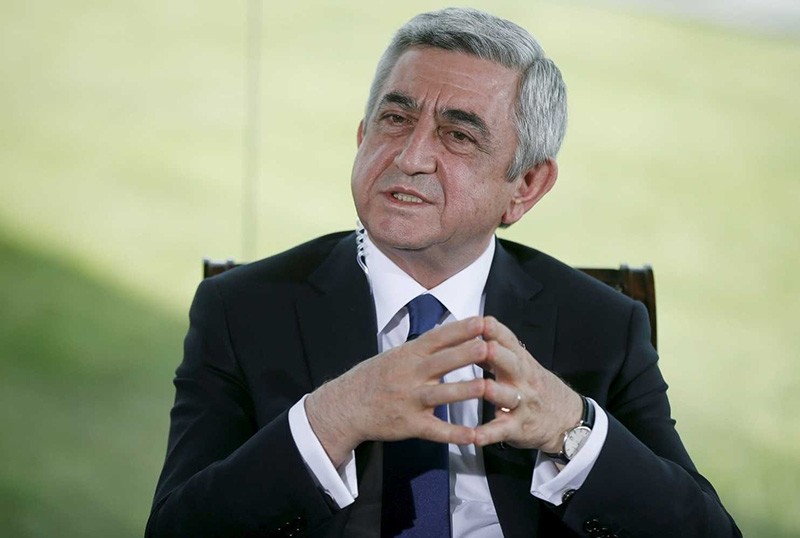 Armenia is in the process of shifting power to the prime minister after parliament chose a new president in March.

"We have decided to propose to our party colleagues to keep an existing governing configuration and to submit the candidacy of Serzh Sargsyan as prime minister," the press service quoted Acting Prime Minister Karen Karapetyan as saying.

The ruling party is expected to nominate Sargsyan at its party gathering on Thursday. Parliament, dominated by the ruling party, will make a final choice on April 17.

Sargsyan's ally - Armen Sarkissian, a former prime minister and ambassador to Britain - was inaugurated as president on Monday after being elected by parliament on March 2 in a vote that was meant to herald the start of a power shift to the prime minister and parliament.

Under the terms of an amended constitution approved in 2015 by a referendum, the presidency is meant to become largely ceremonial.

Opposition leaders have accused Sargsyan of changing the system to ensure he stays in power, and have been holding protest rallies in recent weeks. Hundreds of protesters gathered in the center of Yerevan again on Monday.

Armenia, a country of around 3 million people in the southern Caucasus, seceded from the Soviet Union in 1991, but remains dependent on Russia for aid and investment. Many Armenians accuse the government of corruption and mishandling the economy.