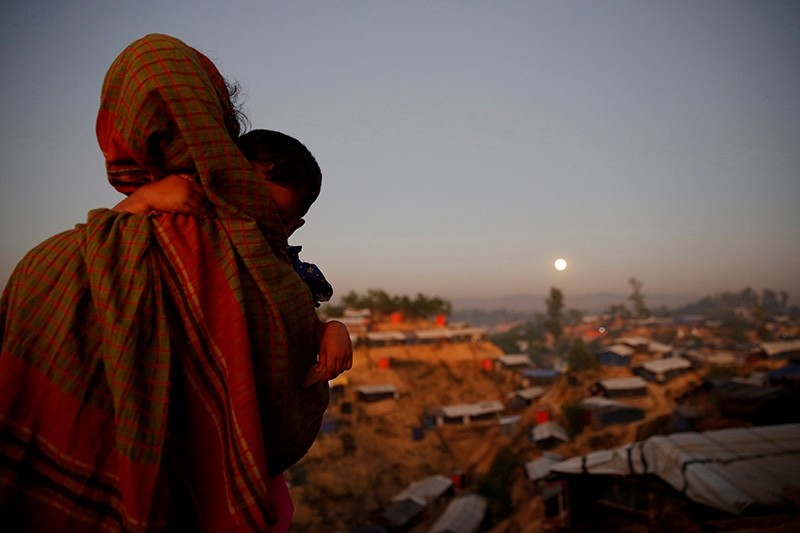 Myanmar on Saturday repatriated the first Rohingya family from nearly 700,000 refugees who have fled to Bangladesh, after months of fraught talks with Dhaka and amid the United Nations' warnings that the country is not ready for their return.

Fleeing Rohingya refugees have reported killings, rape and arson on a large scale. The United States and the United Nations have described the Myanmar military operation as ethnic cleansing.

Myanmar has denied nearly all allegations, saying it waged a legitimate counter-insurgency operation. The army has said its crackdown was provoked by the attacks of Rohingya militants on more than two dozen police posts and an army base last August.

Myanmar and Bangladesh agreed in January to complete a voluntary repatriation of the refugees in two years. Myanmar set up two reception centers and what it says is a temporary camp near the border in Rakhine to receive the first arrivals.

"Five members of a Muslim family...came to the Taungpyoletwea reception center in Rakhine state this morning," the Myanmar government said in a statement late on Saturday.

The family members were scrutinized by immigration and health ministry officials and the social welfare, relief and resettlement ministry provided them with "materials such as rice, mosquito netting, blankets, t-shirt, longyis (Burmese sarong) and kitchen utensils," said the government in the statement.

It added that the family members who "are in line with the rules" were issued the National Verification Cards (NVCs) upon entering Myanmar.

NVCs are part of the government's ongoing effort to register Rohingya that falls short of offering them citizenship. The card has been widely rejected by Rohingya community leaders, who say they treat life-long residents like new immigrants.

Most Burmese consider the Rohingya as unwanted immigrants from Bangladesh, and the army refers to them as "Bengalis".

Last week, the most senior U.N. official to visit Myanmar this year, Assistant Secretary-General for Humanitarian Affairs Ursula Mueller, said the conditions in Myanmar were not conducive to the return of the refugees.

She cited a continued lack of access to health services, concerns among the Rohingya about protection and continued displacements. She also described conditions in camps for internally-displaced people from previous bouts of violence as "deplorable".

Several boats with Rohingya from parts of the violence-torn Rakhine state have left Myanmar in recent months. The latest confirmed departure took place on Thursday.