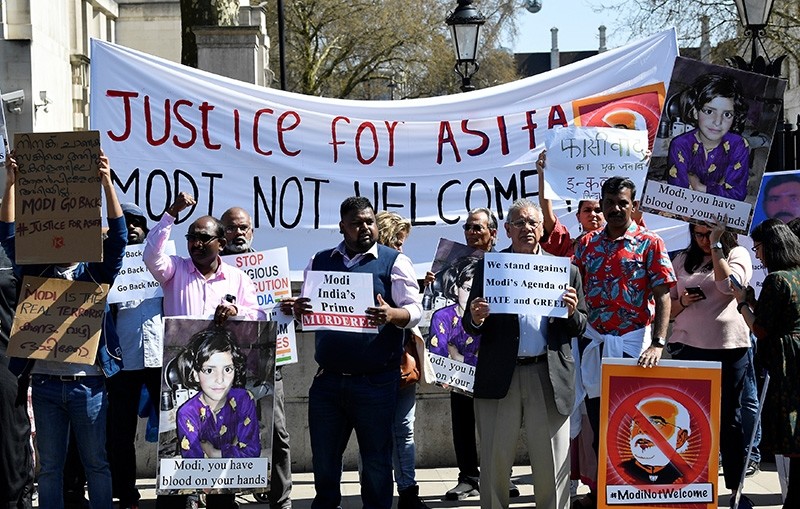 An Indian court on Wednesday ordered 12 media companies to pay $15,000 each to a compensation fund for victims of sexual violence after they published the name of an 8-year-old girl who was gang raped and murdered.

Indian law prohibits the naming of rape victims, even after they have died, because of the stigma attached to the crime.

The New Delhi High Court ordered each firm to pay 1 million rupees within a week to be used for a compensation scheme for sexual assault victims.

The law provides for a jail term of two years along with a fine in case of violations.

The name of the child, who was killed in Jammu and Kashmir state and has since become the focus of national protests over rape cases in India, was used by several media outlets before a court ordered a clampdown last Friday.

Lawyers for the media firms told the court the mistake happened due to their ignorance of the law and a misconception that they could name her as she was dead, the Press Trust of India (PTI) reported.

The girl, who belonged to a Muslim nomadic community, was kidnapped, drugged and raped over five days, including at a Hindu temple, before being bludgeoned to death in January.

Many outlets not only revealed the victim's name but published her photo as well, which also violated the law. Pictures of the girl have also been used on banners at many protests across India.

The case has dominated headlines in India after harrowing details of the attack were released by the police recently.

However, the girl named in media reports is hardly the only recent victim of sexual violence against young girls. Protests have erupted across India after several of the latest rape cases were reported. Police officers and a politician are under investigation in two of the unrelated cases.

Holding placards reading "Modi go home" and "we stand against Modi's agenda of hate and greed," they gathered outside Downing Street and parliament as Modi arrived for talks with Prime Minister Theresa May.

"The Indian government are doing nothing, and you feel sorry for the families because of the total injustice of it all," said Navindra Singh, an Indian-born lawyer who lives in Britain.

"He has been in power for four years now and there has been no policy change to help protect women and children."

Modi addressed the outrage over the rapes last week by promising justice regardless of whoever the guilty were.

Nearly 40 percent of India's rape victims are children and the 40,000 reported rapes in 2016 marked a 60 percent increase over the level in 2012. But women's rights groups say the figures are still gross underestimates.

Modi, a Hindu nationalist, is a divisive figure in India and his second trip to Britain as prime minister represents a remarkable turnaround for a man who was once banned from the UK over his alleged role, as chief minister of Gujarat, in riots that killed about 1,000 people in 2002.

Britain ended a boycott of Modi in 2012 after he emerged from being a provincial politician to the likely leader of the world's largest democracy. He has denied wrongdoing and was exonerated by an inquiry ordered by India's Supreme Court.