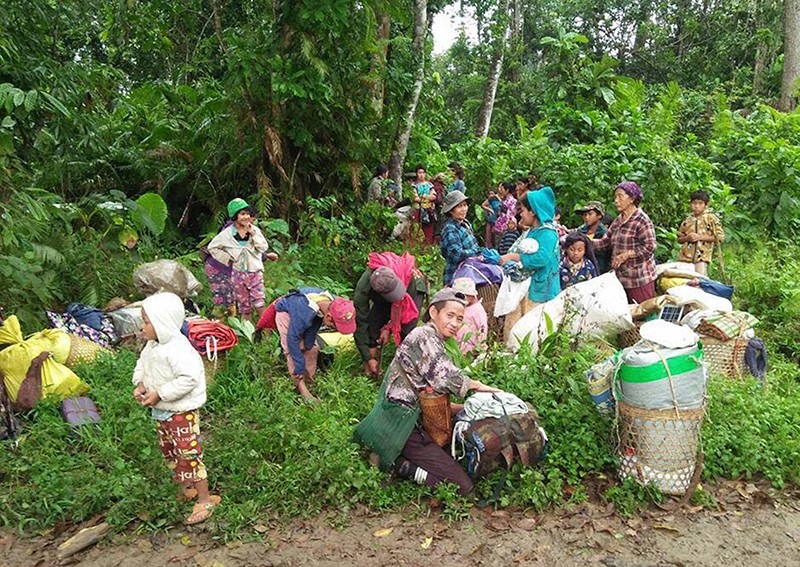 In this photo provided by Labram Hkun Awng, Kachin civilians displaced by fighting between the Myanmar military and Kachin guerrillas take shelter in a jungle close to Tanai, northern Kachin state, Myanmar, April 19, 2018. (AP Photo)
by Associated Press Apr 19, 2018 12:00 am

Community leaders from the Christian ethnic Kachin community are calling for urgent medical attention for about 2,000 civilians, including pregnant women and the elderly, trapped in the jungle to which they fled to escape clashes between the Myanmar's army and the Kachin guerrillas in the country's north.

The current round of fighting in Kachin state's Tanai region began in early April when the government launched an offensive with shelling and airstrikes in response to threats by the rebel Kachin Independence Army to retake territory it had lost.

Since Aug. 25, 2017, some 750,000 refugees, mostly children and women, fled Myanmar when Myanmar forces launched a crackdown on Rohingya Muslim community, according to the U.N.. At least 9,000 Rohingya were killed in Rakhine state from Aug. 25 to Sept. 24, according to Doctors Without Borders.