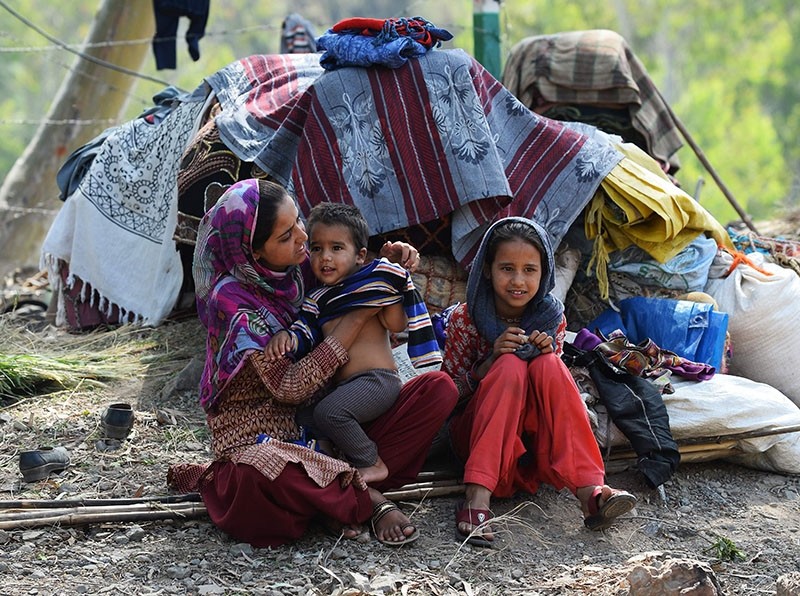 This photo taken on April 18, 2018 shows a Kashmiri Muslim Bakarwal family sitting at a temporary camp near Udhampur, some 72 kilometer north of Jammu in northern India. (AFP Photo)
by Apr 19, 2018 12:00 am

The Muslim nomads who lead their goats, cows and horses up and down the Kashmir hills have never felt at ease in modern India and the gruesome rape and murder of a girl from the impoverished community has heightened their fears.

Many of the Bakarwals speeded up their annual migration out of the Hindu-majority Jammu region because of the national storm of controversy created by the killing of the eight-year-old Asifa Bano.

Police say a group in the Hindu dominated village of Rasana tortured and killed the girl in a bid to scare the Bakarwals out of the district definitively. The nomads are now the talk of India.

"The Hindus do not want the Bakarwals in this region," said Gulam Mohammad, one of the patriarchs of the million-strong community, sat in a temporary camp among eucalyptus trees off a highway leading to the plains.

"There is something in their hearts against Muslims," the 74-year-old added.

The Bakarwals have followed with horror the accounts of the suffering inflicted on the girl. "A lot of us were traumatized," said Mohammad, who found out about the crime by listening to his old transistor radio. 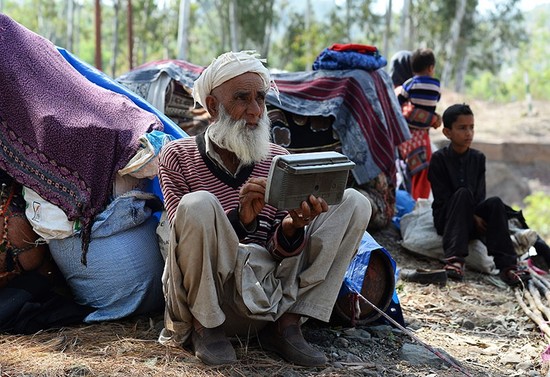 "We have daughters here with us. We sleep badly at night because we set up camp on the roadside and we are worried that someone could come."

With trucks passing dangerously close, the Bakarwals lead their herds on the main highway up to the Kashmir plains that has been their summer home for centuries.

The murder of Asifa is just the latest sign of hostility, according to the Bakarwals.

But it has brought the animosity out into the open as the rape has become a highly charged controversy for the government.

Eight men are facing trial. Police say the girl was drugged, held in a Hindu temple for five days, repeatedly raped and killed. Her body was dumped in a forest. 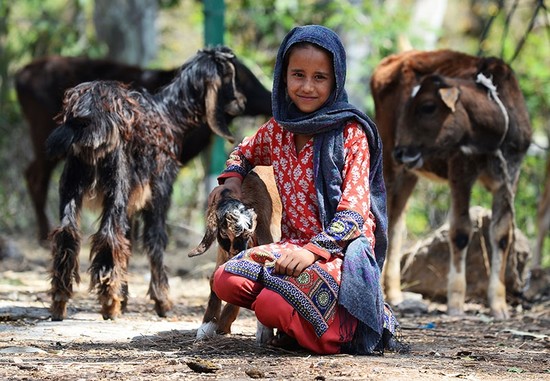 At the Bakarwal camp, Reshna Bibi held her 10-year-old granddaughter, Shamima, close to her body. "The victim was only this big," she said.

The Bakarwals make up about 10 percent of the 12.5 million population of Jammu and Kashmir, India's only Muslim-majority state. But the Jammu region is mainly Hindu.

The Bakarwals bring their animals down from the Kashmir plains into Jammu in September and October to avoid the tough winter and return again the following spring.

Several of the nomads told AFP about conflicts with the local Hindu communities, particularly over the use of land where they set up their tents for the winter.

Population growth and road construction has made it increasingly difficult for the Bakarwals to maintain their lifestyle. Few own land.

They say local governments harass them by evicting them from land and putting barbed wire around forests that they have used for camps.

The Bakarwal life is already one of deep poverty. Most of their tents are plastic sheets strung up between trees. Amongst old pots and pans strewn around the ground for upcoming meals, goats look for grass and children play. 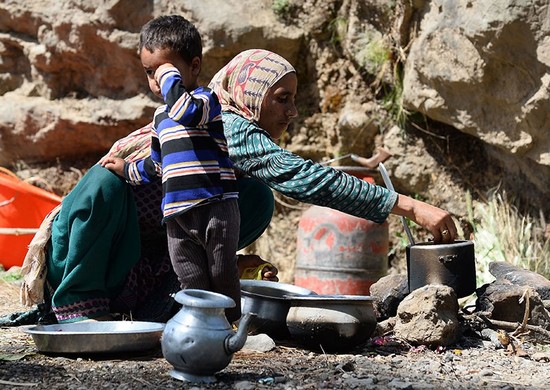 Mohammad said he left Jammu three days earlier and still has two weeks of walking with his cattle before reaching the main Kashmir city of Srinagar, 130 kilometers (80 miles) away.

"Being a nomad is not a life, there is nowhere for us," said Reshna Bibi, 55, as she watched modern cars speed by on the highway.

Further up the road, Ali Mohammad and his family have been waiting for six days on waste land after their animals fell ill.

He wants his children to learn to read, go to school and get identity papers.

"This has got to stop," he said, referring to the cycle of poverty and prejudice afflicting the Bakarwal.