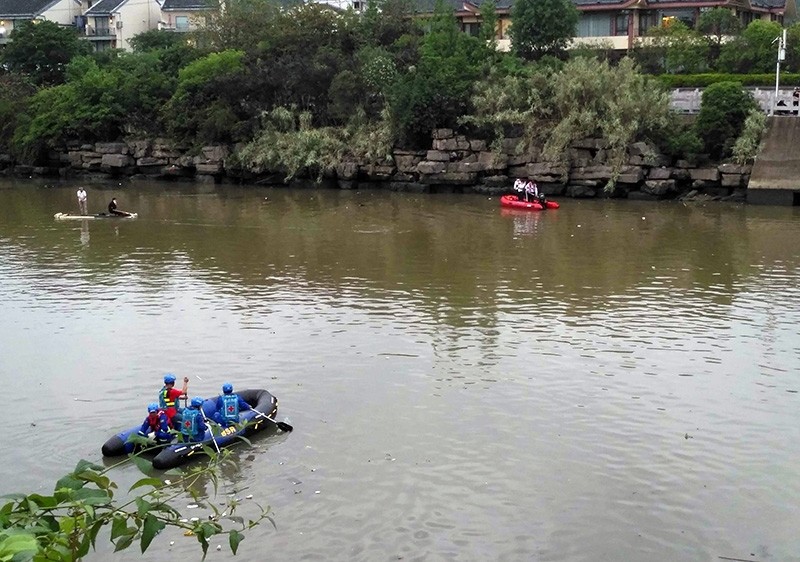 At least 11 people died and several more were missing after two dragon boats capsized in the city of Guilin in southern China on Saturday, according to state media reports.

The accident happened during training for the city's annual dragon boat festival, the reports said.

About 60 paddlers were reported to have fallen into the water. Two were taken to hospital and were said to be in stable condition, with a further six still missing.

A smartphone video shown on Chinese television showed the boats capsizing as they navigated artificial rapids. The video showed some people desperately trying to reach the shore, and others trying to revive victims lying on the bank.

Villagers had organized the training without informing the police, state news agency Xinhua reported. Two people have been arrested, the agency said.

The dragon boat festival, which features races of ornate boats and drummers, is a popular annual event in China. Along with new year and the Moon Festival, it is one of the country's most important public holidays. Several thousand people are involved in preparations for the races for weeks beforehand.

This year's races will take place on June 18.