Australian boy, 12, flies to Bali with family's credit card after row with his mom 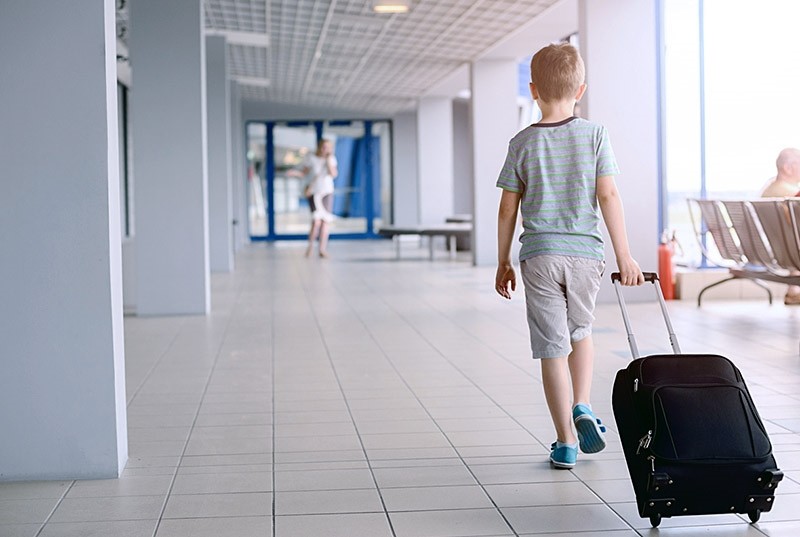 Australian police were Tuesday investigating how a 12-year-old boy managed to fly alone to the Indonesian island of Bali and spend four days at a resort using his parents' credit card.

The boy ran away from his Sydney home after a row with his mother, flying first to the Western Australian city of Perth on budget airline Jetstar and then on to Bali, according to commercial broadcaster Channel Nine.

"He just doesn't like the word 'no', and that's what I got, a kid in Indonesia," his mother, Emma, told Channel Nine in a program that aired late Monday.

"It's too easy, it's way too easy. There's a problem in our system," she said, calling for tighter controls on air travel by young people.

The family had previously visited Bali on holiday and Emma said her son had already tried to book flights there on his own but had been knocked back by airlines because he did not have a letter from her.

"We screamed, we begged for help (from Australian authorities) for weeks on end," Emma added.

"When the first attempt to Indonesia took place, we were told his passport was going to be flagged."

The boy, who "wanted to go on an adventure", said he was told by airline staff this time that he did not need permission from his parents to board the flights.

He spent four days in Bali, where he said he checked into a hotel, hired a scooter and drank beer before a friend alerted his mother to a geotagged video of himself playing in a swimming pool.

The holiday cost his parents 8,000 Australian dollars ($6,100), according to Channel Nine.

The Australian Federal Police said they were first notified that the boy might try to leave the country on March 8, before being told he might be in Bali on March 17.

The boy was found by Indonesian police the following day.

His parents then flew to Bali to take him home.

The federal police said an alert to prevent international travel had not been placed on the boy, and it did not have the power to cancel or request the cancellation of a passport if there were no suspicions of crimes committed.

"The AFP will work with partner agencies to review the circumstances of this matter and current operating procedures, to ensure this type of incident does not occur again," an AFP spokeswoman said in a statement.

Jetstar told Channel Nine the airline had since changed its procedures to prevent children over 12 from traveling without parental permission.

In general, Australian airlines do not allow children younger than five to travel alone.

Children between five and 11 must be booked on an unaccompanied minor ticket while those from 12-15 are required to have a permission slip from their parent or guardian.