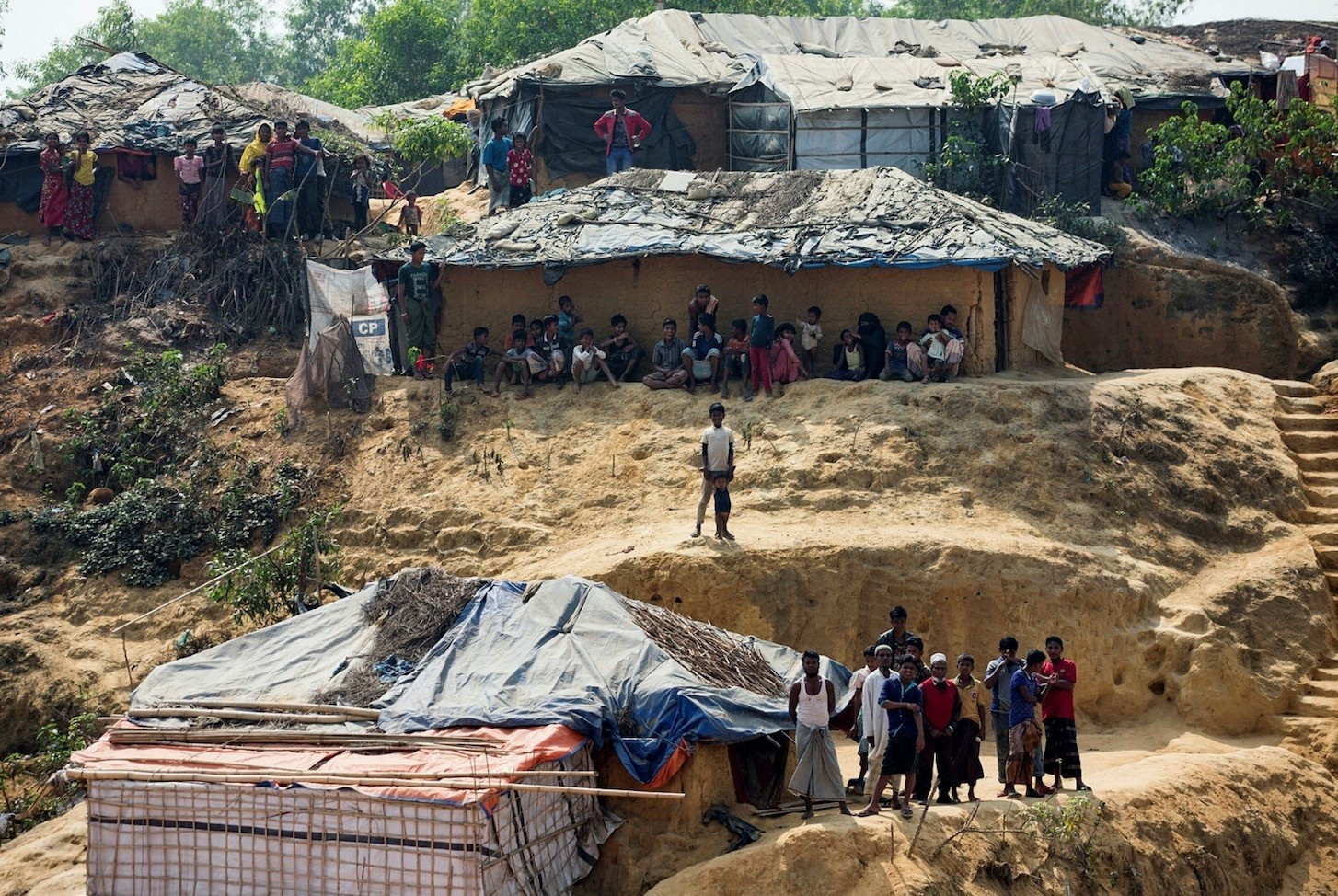 Life in Rohingya refugee camps demonstrates what it is to be persecuted and forced out of your own land, while Turkish NGOs constantly strive to help the refugees meet their basic needs

An hour-long plane journey takes passengers to Cox's Bazar from one of world's most densely populated city, Dhaka, the capital of Bangladesh. After experiencing this crowded and noisy capital, which has an approximate population of 20 million, Cox's Bazar offers a completely different world and view to its visitors.

Decorated with fruit trees, the longest beach in the world as well as numerous rivers and rapids, one will easily feel the peace and calmness in the city. A long road stretches along the city's coastline, with rivers crossing with the Bay of Bengal at many points. Traditional boats and canoes adorn the coastline and the rivers here. Despite having a relatively small population, which is mainly busy with agriculture, the city's coastal area has many luxury hotels that are capable of competing with those in the top tourism centers around the world.

The magnificent and fascinating coastal city is, however, home to a tragedy: the Rohingya people. A few miles away from the paradise-like coast and lovely palm trees, hundreds of thousands of people are stuck in refugee camps. After going through several checkpoints, at the end of an hour, refugee camps become visible. Leaving the amazing nature behind, the camps demonstrate what it is to be exiled, persecuted and left homeless.

An enormous field, designated a refugee camp by the Bangladeshi government after the Rohingyas fled persecution and brutal attacks at the hands of the Myanmar military and extremist Buddhist groups. The camp resembles a desert since all the trees were cut down to make space for the people. Here approximately 650,000 people live in makeshift 'homes' made out of bamboo, just a few meters apart from each other. There is no private toilet or bathroom. Some of these huts have been designated as toilets and bathrooms. Here people literally have nothing.

After entering the camp, the despair becomes immediately visible in the eyes of its inhabitants, who do not even stoop to turn their heads to foreigners since they have become accustomed to the idea that journalists and activists visit their camps and go back to their five-star hotels.

Because of this contradiction, the small distance between luxury and a life of destitute in the camps, children are the ones most easily communicated to. Cheering, waving their hands while saying "bye" and "hello," perhaps the only words they know in English, children rush together for photos while their curious eyes glance at the cameras.

The people have nothing to do. Every day they queue up for food, provided by different aid organizations. Their basic human needs are hardly met by aid deliveries. But, these people have no future. The Myanmar government refuses to allow them back while Bangladesh lacks the ability to take their full responsibilities.

In addition, if they are allowed to move out of the camp in Bangladesh, which already suffers from poverty and limited economic capabilities, the Myanmar government may argue that the Rohingyas were safe and did not need to go back to their lands. Given their villages were completely destroyed, it is clearly understood that the Myanmar government has no intention of giving these people their natural rights.

One aid organization here is working to give these people, who seem to have lost all hope, an opportunity to produce something and feel that they are useful. The Turkish Red Crescent delivers food, nutrition and hygiene boxes to some 4,000 families in the camp. Each nutrition box is sufficient for a family for more than three weeks.

In total, the Turkish Red Crescent has reached out to more than 700,000 people by delivering more than 100,000 of these boxes. It is remarkable that these aid deliveries were made with donations from Turkish people only. More than $2 million raised in a matter of few months. What sets the Turkish Red Crescent apart is that it sources all the goods and products locally, with an aim to contribute to Bangladesh's economy.

Despite everything, the only desire of the Rohingya people is to go back to their lands and live there safely. Rahmat Ullah, one of the refugees at the camp, said they just want to be treated as human beings in their own lands, where they have been lived for centuries. Another old man was in full despair, "You can see the conditions we're in," he said.

The blame is, rightfully, put on the Myanmar government by the NGO representatives as well as by the Bangladeshi officials. More than a million people have been forced to leave their homeland with no reasonable explanation.