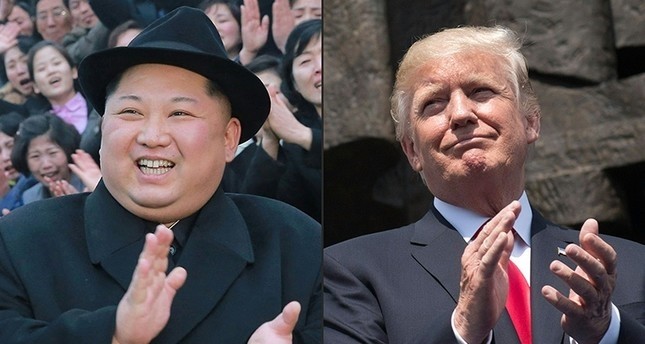 'We are having very good discussions," Trump said, ahead of a summit with the mercurial Kim expected sometime before the end of June. "He really has been very open, I think -- very honorable."

Trump previously claimed North Korea has agreed to "denuclearization" before his potential meeting with Kim Jong Un. But that's not the case.

North Korea said Friday it would suspend nuclear tests and intercontinental ballistic missile launches ahead of summits with the U.S. and South Korea. Kim also said a nuclear test site would be closed and "dismantled" now that the country has learned how to make nuclear weapons and mount warheads on ballistic rockets.

But the North has stopped short of saying it has any intention of abandoning its nuclear arsenal, with Kim making clear that nukes remain a "treasured sword."