Poverty rate up in Afghanistan amid economic hardship 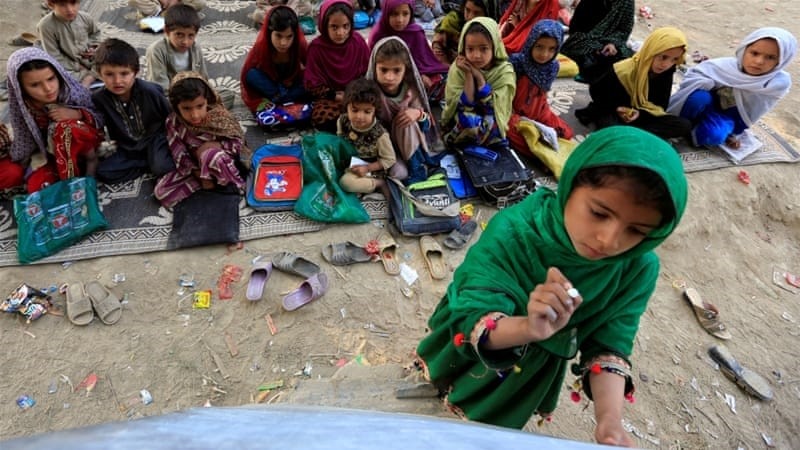 Afghanistan's poverty rate has worsened sharply over the past five years as the economy has stalled and the Taliban insurgency has spread, with more than half the population living on less than a dollar a day, a survey published on Monday showed.

The Afghanistan Living Conditions Survey (ALCS), a joint study by the European Union and Afghanistan's Central Statistics Organization, showed the national poverty rate rising to 55 percent in 2016-17 from 38 percent in 2011-12.

The report underlines the problems facing the Western-backed government in Kabul which needs economic growth to help replace foreign aid and to provide jobs for its fast-growing population.

As international forces have withdrawn and the billions of dollars in foreign aid that once poured in have dried up, Afghanistan's battered agricultural economy has struggled.

More than a decade and a half after a U.S.-led campaign toppled the Taliban in 2001, the poverty line was defined as an income of 70 Afghanis, or about one U.S. dollar, per person a day.

The ALCS report comes at a time when 20 of Afghanistan's 34 provinces are suffering from serious drought and international aid agencies are seeking millions of dollars to help them.

Food insecurity has risen from 30.1 percent to 44.6 percent in five years, meaning many more people are forced to sell their land, take their children out of school to work or depend on food aid, the survey found.

Chaudhuri said the survey was the first estimate of the economic situation since Afghan forces took over security responsibilities in 2014 from international troops.

"In recent years, as population growth outstripped economic growth, an increase in poverty was inevitable," he said on the World Bank blog site.

The survey found that 50 percent of the population is younger than 15.

This month, President Ashraf Ghani's government said it had listed job creation among its priorities and aimed at creating 2.1 million jobs within three years.

However, according to the IMF, the economy is set to grow at 2.5-3 percent in 2017-18, too slowly to stop unemployment from rising.

The needs to produce some 400,000 new jobs a year to keep pace with population growth and tens of thousands of qualified people struggle to find work in cities, and farmers were unable to earn a sustainable livelihood due to the drought.

Officials at the European Union said the ALCS report was based on data collected from 21,000 households over 12 months.