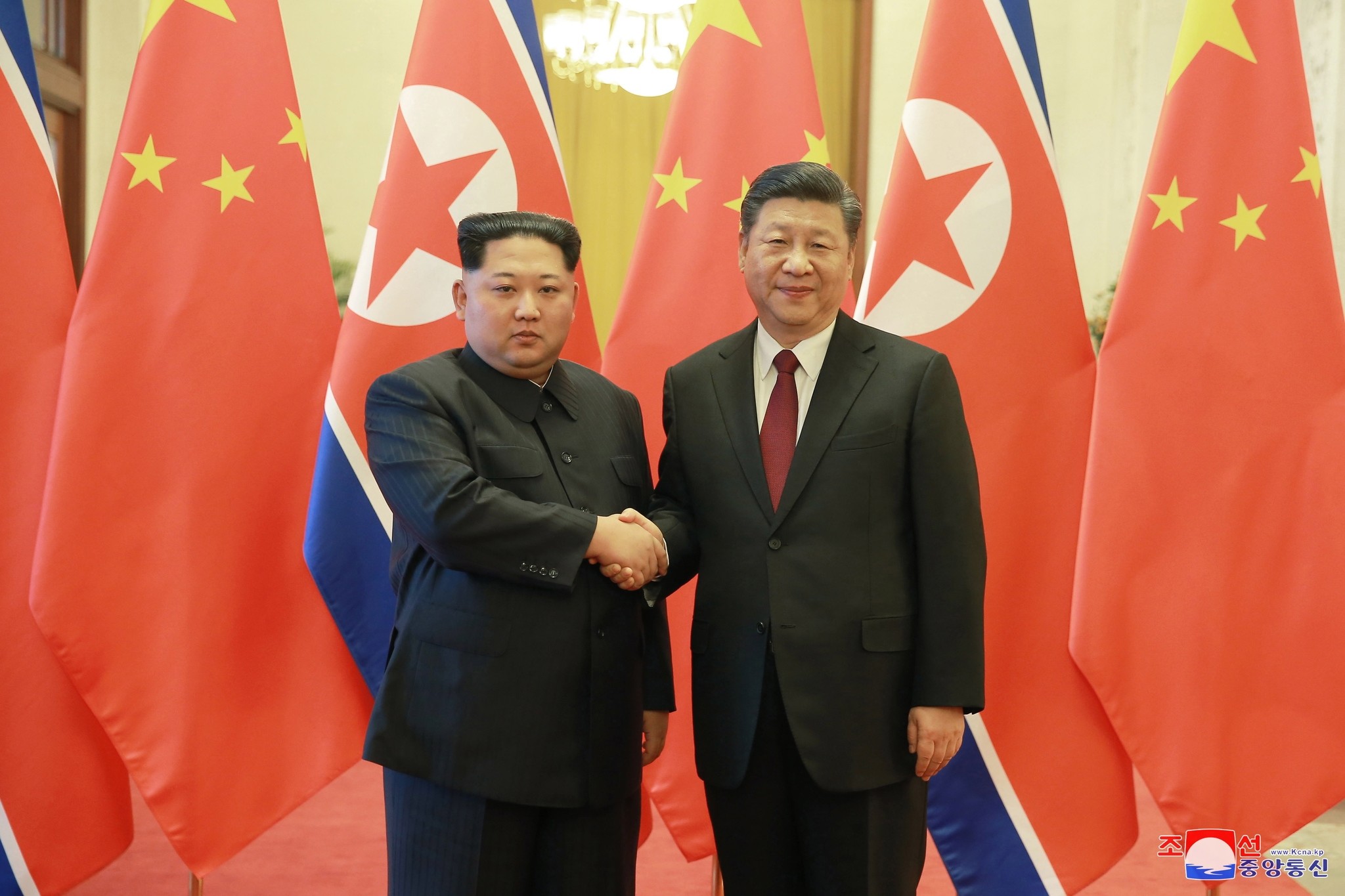 The meeting Monday and Tuesday in Dalian is the second between Xi and Kim in recent weeks, following Kim's March visit to Beijing — his first since taking power six years ago.

Trump tweeted Tuesday that he planned to speak with Xi later in the day to discuss trade and North Korea, where he said "relationships and trust are building."

Kim was quoted as telling Xi that North Korea remains committed to denuclearization and has no need to possess nuclear weapons if a "relevant party" drops its "hostile policy and security threats" against it, in a clear reference to the United States.

"I hope to build mutual trust with the U.S. through dialogue," Kim was quoted as saying. A political resolution of tensions on the peninsula and denuclearization should proceed in stages, with all sides moving in concert, he said. The Trump administration has demanded that North Korea immediately commit to denuclearization.

Xi hosted a welcome banquet for Kim and the two leaders strolled along the coastline at a government guesthouse and had lunch together on Tuesday, the official Xinhua News Agency reported.

"At a crucial time when the regional situation is developing rapidly, Kim said he came to China again to meet with (Xi) and inform him of the situation," Xinhua said.

CCTV showed Xi wearing a western business suit and Kim in his standard high-collared Mao suit. They stood on a beach, sat under an awning on an outdoor deck, strolled through lush gardens and sat at a conference table.

"In a cordial and friendly atmosphere, the top leaders of the two parties and the two countries had an all-round and in-depth exchange of views on China-DPRK relations and major issues of common concern," Xinhua said, using the initials for North Korea's official name, the Democratic People's Republic of Korea.

China is North Korea's only major ally, although trade has plummeted in recent months as Beijing enforces United Nations economic sanctions in response to the North's nuclear bomb and ballistic missile tests.

China has also been eager to assert its importance in the process of lowering tensions on the Korean Peninsula. It has called for a halt to weapons tests and large-scale military exercises and a return to six-nation denuclearization talks it previously hosted in Beijing.

It was not known how long the Xi-Kim meeting had been planned or why Dalian was chosen. Hong Kong's South China Morning Post newspaper cited two unidentified sources as saying that Xi had flown to Dalian on the coast east of Beijing to preside over the official launch of sea trials for China's first entirely self-built aircraft carrier.

Chinese internet users posting on social media described heavy security in the city and extensive flight delays on Monday. Others said they spotted a set of Red Flag limousines used by state leaders.

As with Kim's March visit to Beijing, his presence in Dalian was not officially confirmed until he had left China. Reports said his jet flew out of Dalian airport on Tuesday afternoon.