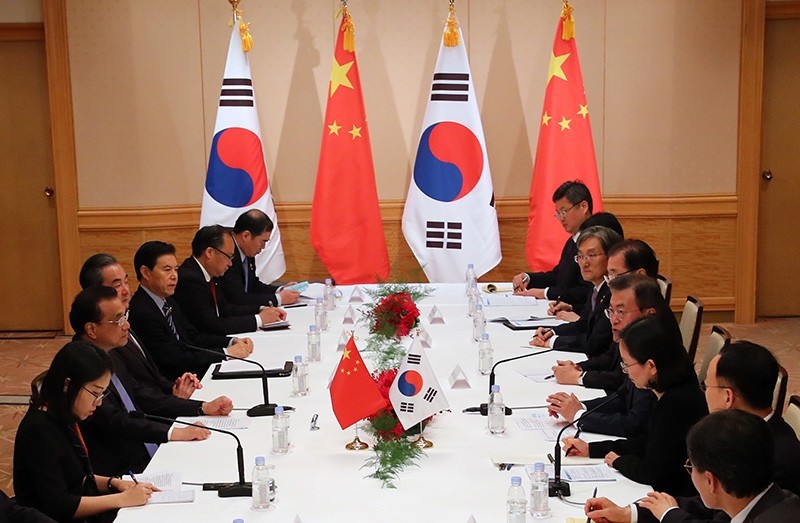 South Korean President Moon Jae-in says that North Korea supports denuclearization in principle, but the actual steps to achieve it will be difficult.

A Japanese official says Moon and Abe agreed to work together to figure out the necessary steps for North Korea to give up its nuclear weapons.

They welcomed North Korea's recent announcement that it would close a nuclear test site and agreed that it must lead to further efforts to achieve full denuclearization.