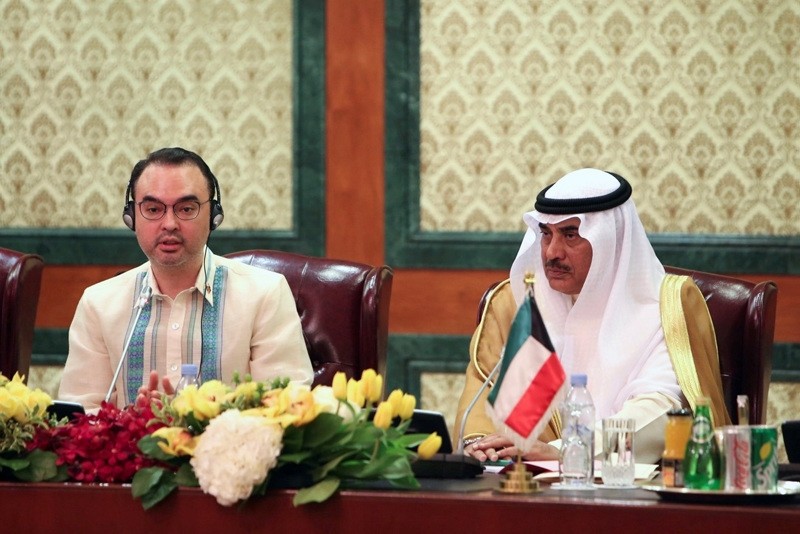 The Philippines and Kuwait have signed a new agreement regarding Filipino laborer rights after the Philippines earlier banned its citizens from working there amid a diplomatic dispute.

The Philippines issued a statement Friday saying the agreement offered "additional guarantees that we asked our Kuwaiti friends to extend."

The statement added: "The more than 250,000 Filipinos in Kuwait can now be assured of prompt and effective assistance if needed."

It did not elaborate. Kuwait did not immediately comment.

Meanwhile, the Philippines will also name a new ambassador to Kuwait, Philippine Foreign Secretary Alan Peter Cayetano said Friday, in a bid to ease the row.

At the time, the Kuwaiti Foreign Ministry accused the embassy staffers of acting in "flagrant violation of Kuwait's laws."

Philippine President Rodrigo Duterte has urged all Filipinos working in Kuwait to come home while his government attempts to improve working conditions in the Gulf state.

The Philippines banned workers from coming to Kuwait over abuse complaints after a dead Filipina was found in a freezer in an abandoned Kuwait City apartment in February. Kuwait later expelled the Philippines ambassador amid the dispute.