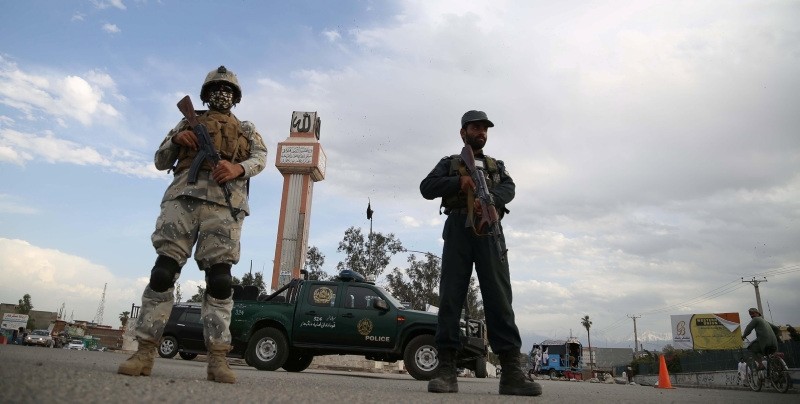 Afghan police stand guard at a checkpoint in Jalalabad, Afghanistan (EPA File Photo)
by Compiled from Wire Services May 13, 2018 12:00 am

At least six civilians were killed when militants detonated bombs and stormed a government building Sunday in an ongoing assault in the eastern Afghan city of Jalalabad, officials said, underscoring deteriorating security in the country.

At least three explosions were heard at the start of what appeared to be a coordinated attack, Attahullah Khogyani, a spokesman for the Nangarhar provincial governor said. The firefight was taking place in a building housing the state accounts office.

"Around noon a big boom shook our building," Qaisar, an employee, told AFP from a Jalalabad hospital.

"I then saw at least two armed attackers entering the building. My friends ran to hide and I jumped from a window.

"I have broken my leg and arm but was able to get out of the building. Some of my friends are still stuck there."

Jalalabad is the capital of restive Nangarhar, which borders Pakistan. Some areas of the province are a stronghold of the Islamic State group but Taliban fighters are also active there.

It was the latest deadly violence to strike Afghanistan as militant groups step up attacks and U.S.-backed Afghan forces intensify air strikes and ground offensives.