Nuclear deal with North Korea to require ‘security assurances’ to Kim from US, Pompeo says 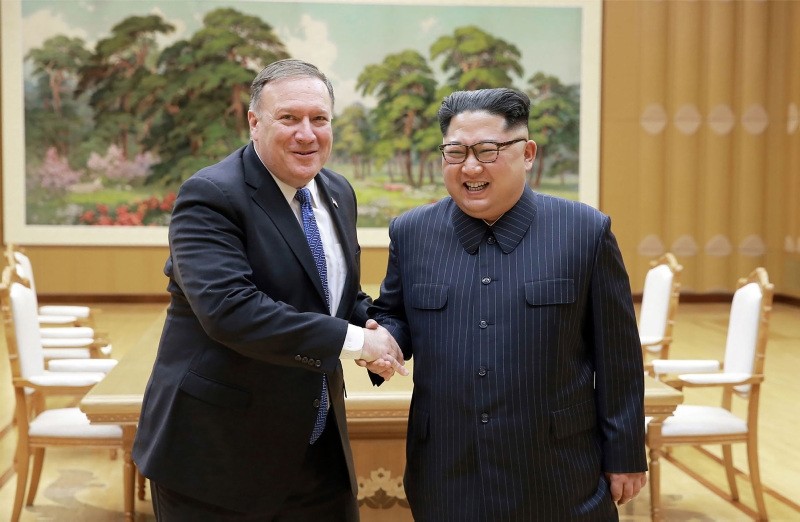 Secretary of State Mike Pompeo says the United States will need to "provide security assurances" to North Korea's Kim Jong Un if the adversaries are to reach a nuclear deal.

Trump's goal is to have North Korea get rid of its nuclear weapons in a permanent and verifiable way. In return, the U.S. is willing to help the impoverished nation strengthen its economy.

"This will be...private sector Americans...coming in to help build out the energy grid that needs enormous amounts of electricity in North Korea," Pompeo said in an interview on "Fox News Sunday."

He added that Americans will also help invest in North Korean infrastructure and agriculture to help feed its people if the country meets U.S. demands.

Pompeo was asked on "Fox News Sunday" whether the U.S. was in effect telling Kim he could stay in power if he met the U.S. demands.

Pompeo said: "We will have to provide security assurances, to be sure."