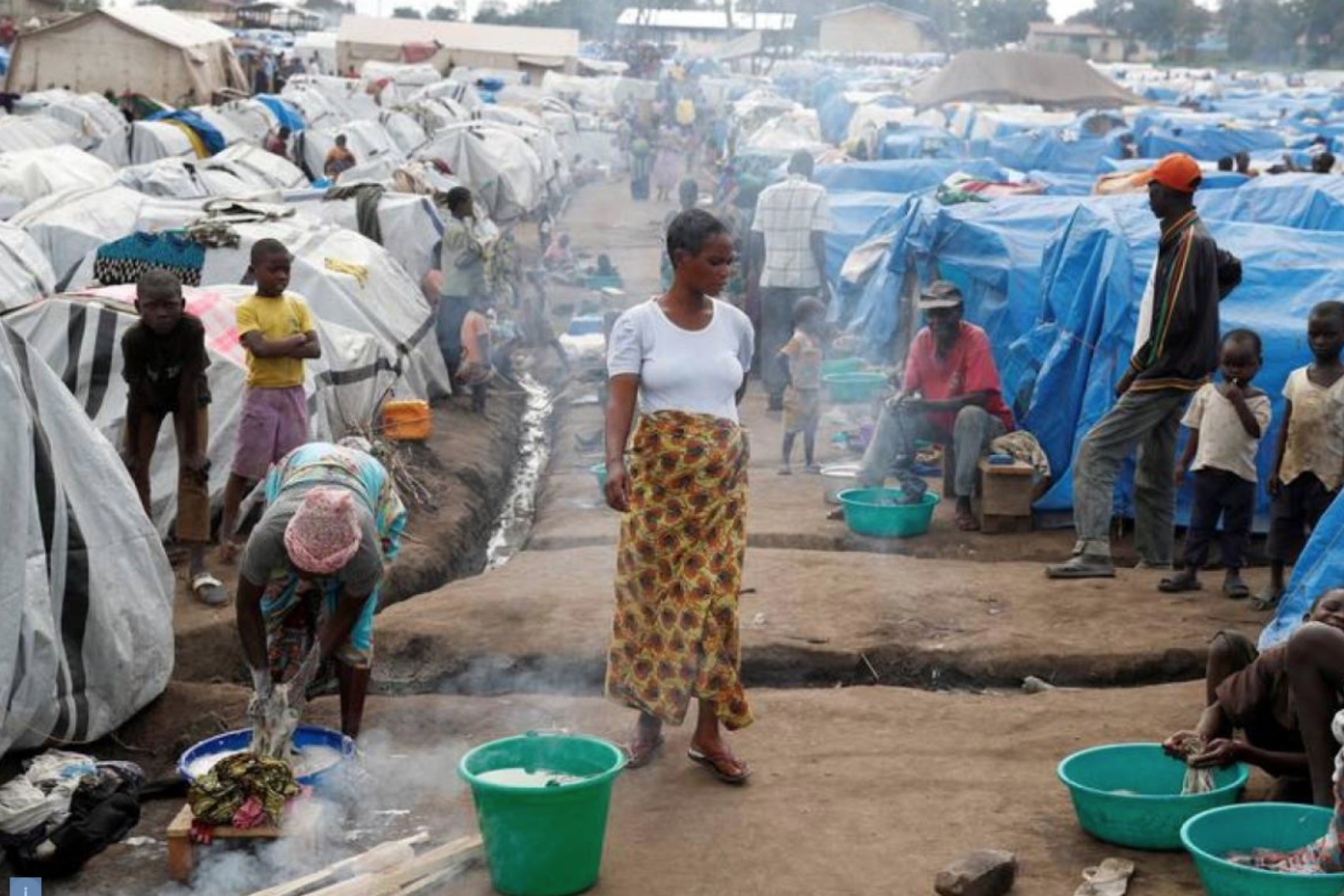 A woman walks at an internally displaced persons (IDP) camp in Bunia, eastern Democratic Republic of Congo, April 12.
by Compiled from Wire Services May 17, 2018 12:00 am

The number of people displaced by conflicts and violence reached nearly 12 million last year as it doubled from 2016, according to a global report on internal displacement

Conflict forced nearly 12 million people to flee within their own country last year, the highest level of such internal displacement in 10 years, international monitors said yesterday.

"New displacement due to conflict and violence reached 11.8 million in 2017, almost double the figure of 6.9 million in 2016," a report by the Internal Displacement Monitoring Centre (IDMC) and the Norwegian Refugee Council (NRC) said.

This "is the highest number that we have recorded in a decade," IDMC chief Alexandra Bilak told reporters in Geneva. The newly displaced bring the total number of people living in internal displacement due to conflict close to 40 million worldwide, the study said.

"Without renewed action, we risk failing millions of internally displaced people worldwide and holding back the development of the countries which host them," Bilak said in a statement. "The staggering number of people forced to flee from their homes due to conflict and violence must serve as an eye-opener to us all," NRC Secretary-General Jan Egeland said.

The report found that 76 percent of those newly displaced last year were concentrated in just 10 countries, with Syria, the Democratic Republic of Congo and Iraq alone accounting for more than half.

According to report, sub-Saharan Africa accounted for 5.5 million of these new displacements, followed by the Middle East and North Africa with 4.5 million. Another 2.9 million people inside Syria and another 1.3 million people in Iraq displaced due to conflicts last year, it said.

Syria, for instance, saw another 2.9 million people displaced last year, many of them for a second or third time, bringing the total number of people internally displaced in the war-ravaged country to around 6.8 million.

Yemen, which previously topped the list, no longer figures even among the top-ten, but Bilak stressed that was due to lacking access and data and that the situation in the conflict-torn country remained dire.

Bilak warned that the total number of displaced people around the world could be far higher than estimated, pointing out that there was a lack of information about the destiny of some 8.5 million people who had been reported to have returned home or been relocated.

According to report, disasters also displaced 18.8 million people in 135 countries last year. Of these, 8.6 million displacements were triggered by floods, and 7.5 million by storms, especially tropical cyclones.

Combined with those who fled conflicts, nearly 31 million people were thus freshly displaced inside their own country last year, the equivalent of more than 80,000 a day. In terms of disaster-related displacement, the worst affected countries were China, the Philippines, Cuba and the U.S. The three major Atlantic hurricanes last year, Harvey, Irma and Maria, alone displaced around 3 million people.