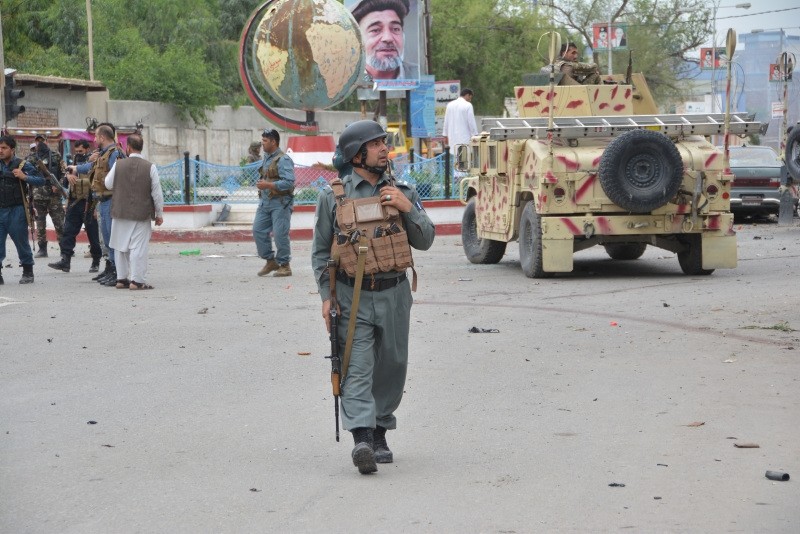 Attahullah Khogyani, spokesman for the provincial governor, said about 45 others were wounded at the sports stadium late Friday night in the provincial capital Jalalabad.

The blasts exploded among spectators crowded into the stadium at around 11pm (1830 GMT) on Friday evening as they watched the local "Ramadan Cup", the provincial governor's office said.

The attack happened as hundreds of spectators gathered for a night-time tournament during the holy month of Ramadan. Khogyani said the deputy provincial mayor of neighboring Laghman province and the main organizer of the tournament were among those killed.

In a statement, Afghan President Ashraf Ghani strongly condemned the attack, saying that carrying out such an attack during the holy month proved once again that terrorists are not true believers of any religion or faith and "are enemies of humanity."

No one immediately claimed responsibility for the attack but both Taliban and Daesh group are active in eastern Afghanistan, especially in Nangarhar province.