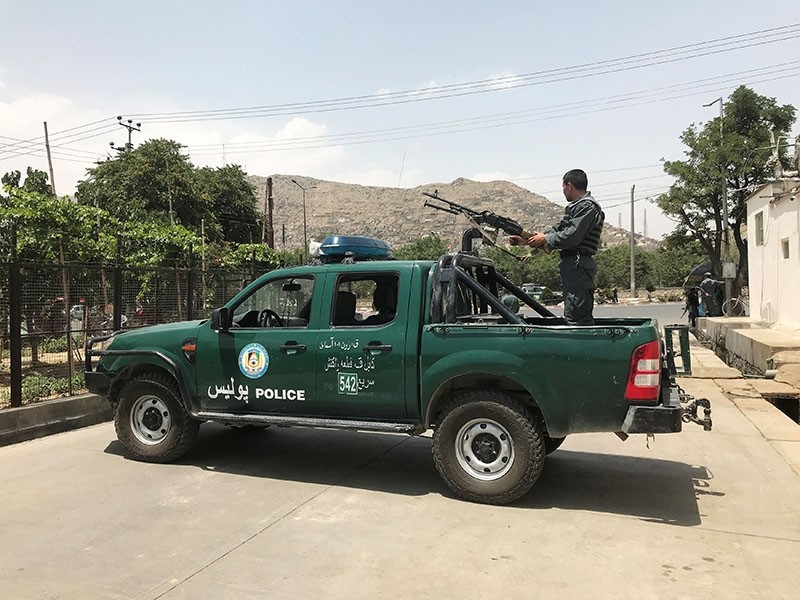 Afghan President Ashraf Ghani on Thursday announced a weeklong cease-fire with the Taliban to coincide with the holiday marking the end of Ramadan next week.

A statement sent from the president's office on Thursday says the cease-fire will begin on 27 Ramadan, or June 12 on the Western calendar, and last through the Ramadan Bayram holiday, also known as Eid al-Fitr, until around June 19. It says the cease-fire does not include al-Qaida or the Daesh group.

There was no immediate comment from the Taliban, who have steadily expanded their presence in recent years, capturing a number of districts across the country and carrying out near-daily attacks, mainly targeting Afghan security forces.

Ghani's statement referred to a gathering of Afghanistan's top clerics on Monday in which they issued a decree against suicide attacks and called for peace talks. A suicide bomber struck just outside the gathering as it was dispersing, killing at least seven people and wounding 20 in an attack claimed by the Daesh group.

The Taliban had denounced the gathering, insisting that its jihad, or holy war, against foreign invaders was justified. It instead urged the clerics to side with it against the "occupation."

The U.S. and NATO formally concluded their combat mission in Afghanistan in 2014, but the U.S. still has thousands of forces based there in a support and counterterrorism role. The Trump administration has sent additional troops to try to change the course of America's longest war.

In February, Ghani unveiled a plan to open peace talks with the Taliban, including eventually recognizing them as a political party. At the time he also called for a ceasefire.

The insurgents did not officially respond, but announced the launch of their annual spring offensive in an apparent rejection of the plan, one of the most comprehensive ever offered by the Afghan government.

Last month, the Pentagon said that senior Taliban officials have been secretly negotiating with Afghan officials on a possible ceasefire.

The U.S. has said it is open to an Afghan-led peace process. The top U.S. commander in Afghanistan, Gen. John Nicholson, said last month that some elements of the Taliban are showing interest in peace talks.

He would not identify the figures involved in the negotiations, except to say that they included mid- and senior-level Taliban officials.

A ceasefire would bring welcome relief to civilians in the war-torn country, nearly 17 years after the Taliban regime was toppled.

On the government side, not everyone agreed with Ghani's cease-fire decision. Former army general Atiqullah Amarkhel said the ceasefire would give the Taliban a chance to regroup.

"From a military prospect, it is not a good move," he told Reuters. "It will give the enemy the opportunity to prepare itself for more attacks."

He also said he doubted the Taliban would lay down their arms and deny themselves the opportunity of fighting during the holy month of Ramadan in which attacks have intensified.

In the meantime, the insurgents have continued to carry out attacks. On Wednesday, the Taliban attacked a police post in the eastern Ghazni province, killing three police and wounding five others, according to Ramadan Ali Mosseny, the province's deputy police chief.

In the eastern Khost province, a drive-by shooting at a mosque on Wednesday killed four people and wounded 15, said Talib Mangal, spokesman for the provincial governor. No one immediately claimed responsibility for the shooting, and it was not clear who the target was.

In recent years the resurgent militant group, along with the Daesh group, have stepped up their attacks on Kabul in particular, making it the deadliest place in the country for civilians.

Fearful residents have limited their movements and Eid celebrations in the capital are set to be muted, unlike in other parts of the Muslim world.

U.S. President Donald Trump in August unveiled a more hawkish military approach to Afghanistan, including a surge in air strikes, aimed at forcing the Taliban to the negotiating table.

Afghan security forces say the impact has been significant, but the Taliban roam huge swaths of the country and, with foreign troop levels at about 15,600 compared with 140,000 in 2014, there appears little hope of outright military victory.