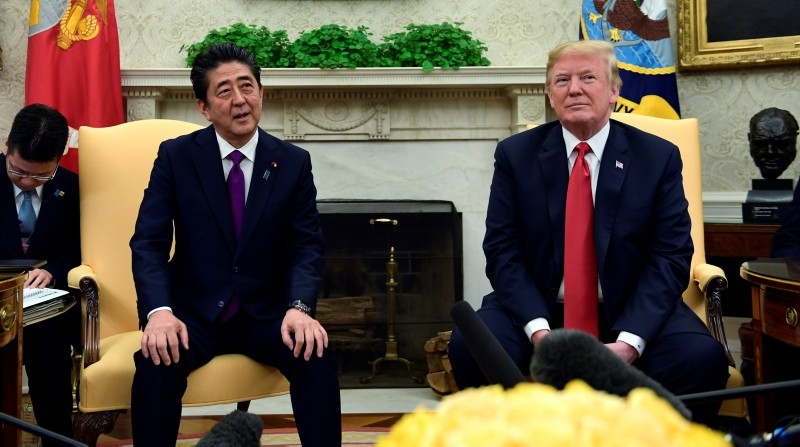 Speaking to reporters as he welcomed Japanese Prime Minister Shinzo Abe to the White House, Trump said he and Abe would discuss North Korean issues and trade.

"Looks like the meeting is set. The summit is all ready to go. Subject always to change. You never know in this world," Trump said.

Abe said he hoped the summit would be a dramatic and transformational moment for Northeast Asia.

Trump said North Korea has to give up its nuclear weapons, and the United States could add more sanctions if necessary.

"If they don't denuclearize, that will not be acceptable," Trump said.

"We cannot take sanctions off. The sanctions are extraordinarily powerful. And I could add a lot more but I've chosen not to do that at this time, but that may happen."

Trump said he thought he was very well-prepared for the meeting with Kim. "I don't think I have to prepare very much. It's about attitude. It's about willingness to get things done," he said.

"I think it's going to be a very fruitful meeting."