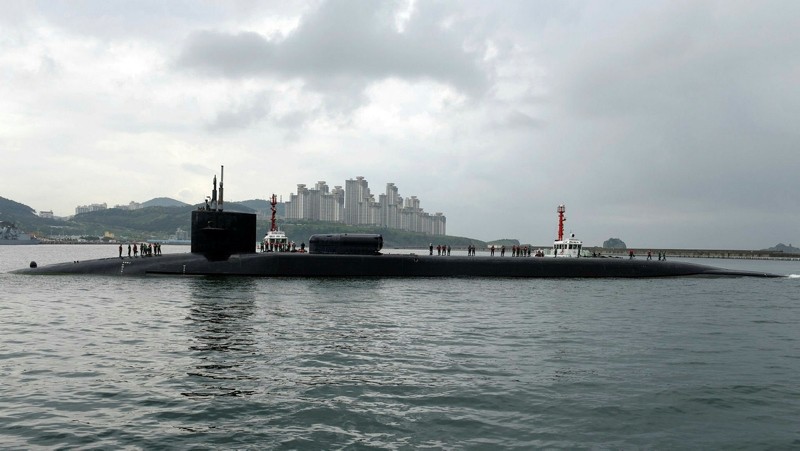 Chinese government hackers have stolen a massive trove of sensitive information from a U.S. Navy contractor, including secret plans to develop a new type of submarine-launched anti-ship missile, the Washington Post reported Friday.

Investigators told the newspaper that breaches were executed in January and February by a division of the Chinese Ministry of State Security, operating out of the Chinese province of Guangdong.

The contractor, which was not named in the report, works for the Naval Undersea Warfare Center, based in Newport, Rhode Island. It conducts research and development for submarines and underwater weapons systems.

According to the Post, hackers swiped 614 gigabytes of data that included information relating to sensors, submarine cryptographic systems and a little-known project called Sea Dragon.

The Pentagon has not said much about Sea Dragon, launched in 2012, except that it is aimed at adapting existing military technologies to new uses.

At the Navy's request, the Post withheld information about the compromised new missile system, but said it was for a supersonic anti-ship missile that could be launched from submarines.

"Evolving cyber threats are serious matters and we are continuously bolstering our cybersecurity culture by focusing on awareness of the cyber threat, and the adequacy of our cyber defenses and information technology capabilities," he told AFP.

The data stolen was held on the contractor's unclassified network but all the material together could be considered classified, officials told the Post.

The Navy was leading an investigation into the hack with the help of the FBI, the Post reported.

The law enforcement agency declined to comment while the Chinese embassy denied any knowledge of the hack.

"[The] Chinese government staunchly upholds cyber security, [and] firmly opposes and combats all forms of cyber attacks in accordance with [the] law," a spokesperson told dpa.

As a result of its reporting, Defence Secretary Jim Mattis had requested a review of contractor cybersecurity issues, the newspaper said.

Chinese hackers have for years targeted the U.S. military to steal information and the Pentagon says they have previously swiped crucial data on the new F-35 stealth fighter, the advanced Patriot PAC-3 missile system and other highly sensitive projects.

News of the hack comes amid rising tensions between Beijing and Washington on a range of issues including trade and military matters.

The Pentagon last month pulled its invitation for China to join maritime exercises in the Pacific because of Beijing's "continued militarization" of the South China Sea.