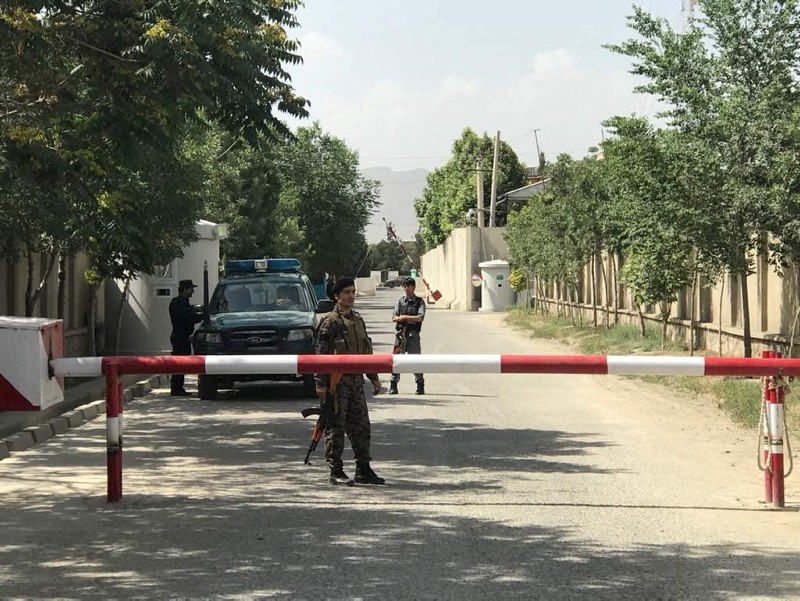 Turkey on Monday condemned a suicide attack outside a government ministry in the Afghan capital that killed 12 people and wounded 31.

"We learned with sorrow that a terrorist attack perpetrated today at the gate of the Ministry of Rural Rehabilitation and Development in Kabul resulted in loss of many lives and left many others wounded," the Foreign Ministry said in a statement.

"We condemn this heinous terrorist attack and wish God's mercy upon those who lost their lives, speedy recovery to the wounded and convey our condolences to the friendly government and the brotherly people of Afghanistan," read the statement.

Daesh terrorist group claimed responsibility for the bombing. According to its mouthpiece news agency, Aamaq, the group said that the Afghan Rural Rehabilitation Ministry was targeted by one of its suicide bombers.

Elsewhere in Afghanistan, a roadside bomb struck a microbus in eastern the eastern Ghazni province on Monday, killing six people. Arif Noori, a spokesman for the governor of the Ghazni province, said women and children were among those killed in the blast, which also wounded three people.

He said the bomb was planted by the Taliban. The insurgents mostly target security forces and government officials, but their roadside bombs often kill civilians.

In the eastern Nangarhar province, a suicide bomber wounded at least 10 civilians when he struck near the education department in the provincial capital of Jalalabad, said Attahullah Khogyani, spokesman for the governor.

He said three other suicide bombers were shot and killed by security forces as they tried to enter the building. He said a vehicle filled with explosives was found near the scene of the attack.

In a separate attack in the same province, a sticky bomb wounded 14 civilians in the Chaparhar district, according to hospital spokesman Inamullah Miakhail. Gen. Ghulam Sanayee Stanekzai, provincial police chief in Nangarhar, said the bomb went off as people were shopping in a market.

No one claimed either attack. Both the Taliban and Daesh are active in eastern Afghanistan, especially Nangarhar.